Listen to This: Some of Our Favorite Sundance Film Scores 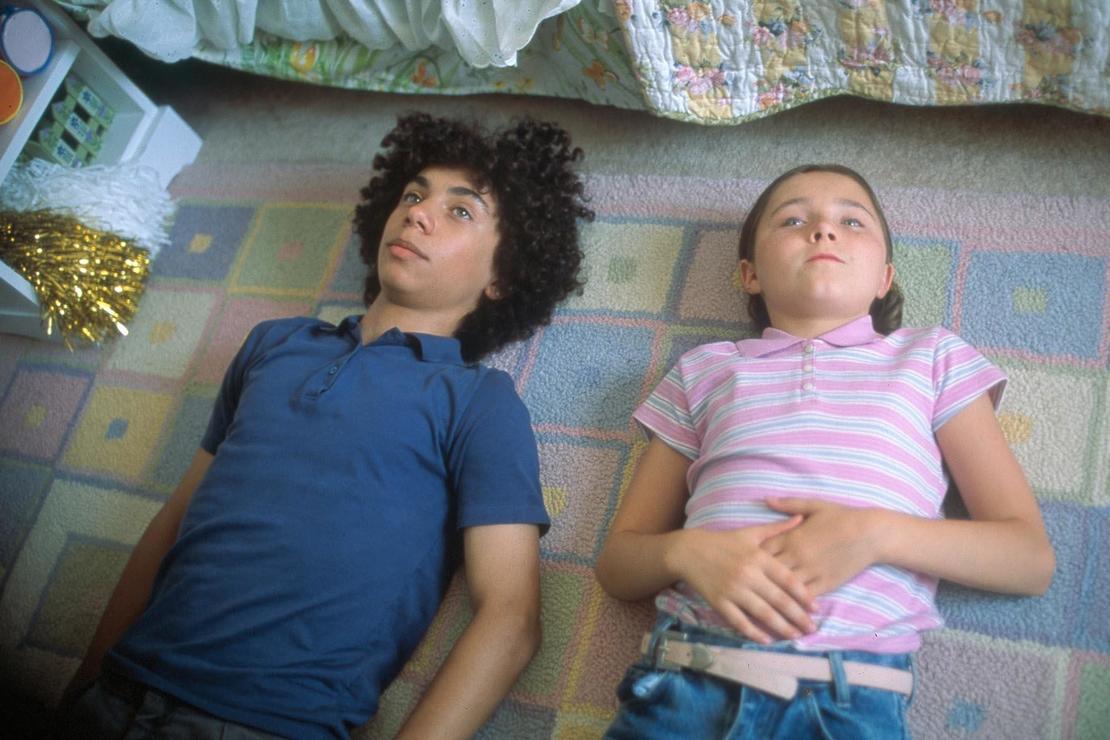 A still from Miranda July’s debut feature, ‘Me and You and Everyone We Know.’

“A film composer can be dubbed an auteur in the same sense as a filmmaker,” Katy Jarzebowski told us a few years ago when we quizzed a few fellows from our Film Music Sound Design Lab (psst—applications are open for the 2020 lab through April 20) about their favorite film scores. Jarzebowski waxed poetic on Danny Elfman’s Edward Scissorhands score, while Ryan Cohan expressed his admiration for Bernard Herrmann’s work in Taxi Driver and K.T. Tunstall told us why she loves Mark Mothersbaugh’s Life Aquatic score.

Today is National Film Score Day, and since we’ve all been spending a lot more time cooped up indoors as of late, we thought we’d spend some time talking about the auteur composers and Sundance Film Festival scores we’ve been counting on to help transport us into different worlds. From the experimental and unconventional sounds composer Alex Somers created for Alma Har’el’s 2019 film Honey Boy to the eerie tonal soundscapes of Mica Levi’s Monos score, there’s something to fit just about every mood on the list below. See our staff recommendations and then listen on Spotify or Amazon Prime.

“Alex Somers’s score for the autobiographical coming-of-age story is playful but never sacrifices depth. Somers’s experimentation with unconventional sounds (like his use of old, odd toys) creates a musical collage true to a protagonist forced to grow up too soon. While at times bittersweet, the score always brings notes of hope and childlike wonder.” —Courtney Rodriguez; Film Music Program manager

“Jóhann Jóhannsson’s badass score is the perfect pairing for director Panos Cosmatos’s psychedelic revenge fantasy Mandy (and for your end-of-the-world quarantine mood). At moments ambient and at others unhinged, the film’s noisy, synthed-out soundscape is one of the standouts in the much-too-brief career of the late Icelandic composer. Jóhannsson’s work provides some emotional grounding for Mandy‘s trippy narrative and helps catapult us into its off-the-rails finale. An uncaged Nic Cage slaying demons and hunting down cults never sounded so good!” — Andrea Mgebroff; manager, operations: artist programs

“Paprika is a film about how dreams play out as forces in our real lives. From reliving regret to embracing desire, our dreams confront us with deeper truths through fantastical means. Susumu Hirasawa’s score is layered in synthetic elements—heavy vocaloid and Amiga work run throughout the tracks. Genre convention is also used throughout in a way that may be perceived as on-the-nose, with titles like ‘Welcome to the Circus’ and ‘Lounge’ comfortably embracing musical tropes you could easily find in a free music library. Yet the way they function in relation to the movie infuses a hyper-reality to these scenes.

“Coursing through the rest of the score, you find a beautiful, layered leitmotif; ‘Parade,’ ‘”Mediational Field,’ and a ‘A Drop Filled With Memories’ are all essentially reimaginations of the same track. Through these, we understand a profound transformation in the characters by the events on film, and the range of emotions that can be contained in these same fundamental samples. A film just as thoughtful about how we use popular art to share our dreams, the track listing is fittingly capped with a full-on pop song, ‘The Girl in Byakkoya—White Tiger Field,’ that uses the same leitmotif. This time, we get a brief moment on an acoustic guitar and nothing else before the synthetic sounds kick in.” —Daniel Larios; assistant, Documentary Fund

“Upstream Color is a movie I used to put on at the end of a night of hanging out with a friend—it kind of lulls you in a way, and a big component of that is definitely the music. I find the way writer-director-producer-editor-lead actor and composer Shane Carruth captures movement in music overwhelming effective: There is a physical journey you experience with the music in tandem with the film that is ethereal. Sound is also a key element within the film, and both lend to one another in a way that feels perceptive, immediate, and emotional.” —Daniel Spada; manager, ticketing operations

ME AND YOU AND EVERYONE WE KNOW

“After watching Miranda July’s debut feature, Me and You and Everyone We Know, at the Westlake Village Twin back in 2005, I immediately set out to buy a copy of the film’s soundtrack (probably at a Barnes & Noble or something, because #suburbs). While that physical CD featuring a magical and immersive score by Michael Andrews—along with deep cuts from artists like Virginia Astley and Cody Chesnutt—has long since disappeared, I’ve been listening to it on repeat while working from home this week. My neighbors might be a bit confused by the spoken-word interludes.” —Virginia Yapp, editorial manager