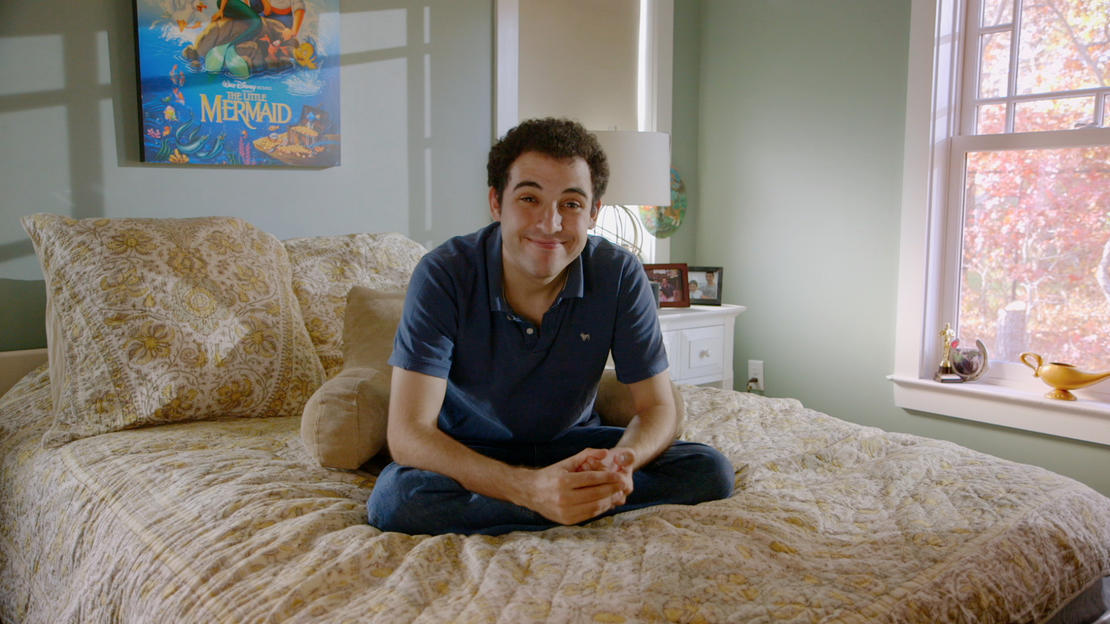 Roger Ross Williams’s ‘Life, Animated’ centers on Owen Suskind, an autistic man who learned to communicated with the world via his love for Disney films.

In celebration of Friday, April 2, aka World Autism Awareness Day, we’ve rounded up a wide range of Sundance-supported films celebrating neurodiversity that you’ll want to add to your weekend watchlist. Start with the Academy Award–winning documentary Life, Animated by Roger Ross Williams, a selection from the 2016 Sundance Film Festival, and don’t miss Dan Sickles and Antonio Santini’s documentary Dina, which won the U.S. Documentary Grand Jury Prize at the 2017 Festival. On the fiction front, check out features like the Australian stop motion–animated film Mary and Max and Rachel Israel’s Keep the Change, a New York rom-com featuring nonprofessional actors with autism.

P.S., keep an eye out for the streaming release of Jerry Rothwell‘s The Reason I Jump. The filmmaker’s adaptation of Naoki Higashida’s best-selling book won the World Cinema Documentary Audience Award and was released by Kino Lorber earlier this year.

Outspoken and eccentric 49-year-old Dina can’t wait to express her love for her fiancé physically, but Scott freezes at the mention of anything remotely sexual. This charming portrait of a couple in love follows as the two move in together and navigate the challenges of an evolving relationship.

The Australian stop motion–animated film Mary and Max was an opening-night selection at the 2009 Sundance Film Festival. Rent or stream it now.

Filmmaker Adam Elliot’s claymation feature tells the tale of two unlikely pen pals: Mary, a lonely 8-year-old girl living in the suburbs of Melbourne, and Max, a 44-year-old New Yorker with Aspberger’s syndrome. Voiced by the late great Philip Seymour Hoffman along with Toni Collette, and narrated by Barry Humphries, the story is based on a 20-year penpal friendship from the life of the film’s Academy Award–winning director.

In this New York rom-com featuring nonprofessional actors with autism, independent 30-something David looks down on the other members of his community group until he catches the eye of Sarah, who challenges the way he views others and himself.

Samantha Buck’s documentary Best Kept Secret screened at the 2013 Sundance Film Festival before airing on PBS as part of the POV series. Watch it for free on Vudu now.

A Newark, New Jersey, public high school teacher races a ticking clock to find a place in the world for her students with autism before they graduate and age out of their rare support system.

Roger Ross Williams’s documentary Life, Animatedscreened at the 2016 Sundance Film Festival. Below, see what programmer Caroline Libresco had to say about the project; then catch it streaming on Tubi.

“At three years old, a chatty, energetic little boy named Owen Suskind ceased to speak, disappearing into autism with apparently no way out. Almost four years passed and the only stimuli that engaged Owen were Disney films. Then one day, his father donned a puppet—Iago, the wisecracking parrot from Aladdin—and asked, ‘What’s it like to be you?’ And poof! Owen replied, with dialogue from the movie.

“Life, Animated tells the remarkable story of how Owen found in Disney animation a pathway to language and a framework for making sense of the world. By evocatively interweaving classic Disney sequences with vérité scenes from Owen’s life, the film explores how identification and empathy with characters like Simba, Jafar, and Ariel forge a conduit for him to understand his feelings and interpret reality.”

Michael O. Scott’s documentary The Horse Boy (aka Over the Hills and Far Away) had its world premiere at the 2009 Sundance Film Festival. Stream it for free on Tubi now.

When 3-year-old Rowan was diagnosed with autism, his parents tried everything to ensure they wouldn’t lose communication with their little boy—but nothing was working. After noticing Rowan’s affinity for horses, his father, Rupert, took him horseback riding only to discover that his language skills immediately improved. Thus began a journey across the world in the hopes that some form of traditional healing involving horses just might help their son.

Alexandra Shiva’s Peabody Award–winning documentary How to Dance in Ohio premiered at the 2015 Sundance Film Festival and later played on HBO. Stream it now via HBO Go or HBO Now.

In Columbus, Ohio, a group of teenagers and young adults on the
autism spectrum prepare for an iconic American rite of passage—a spring
formal. They spend 12 weeks practicing their social skills in
preparation for the dance at a local nightclub.

8. STAND CLEAR OF THE CLOSING DOORS

When a young, autistic Mexican boy runs away from his undocumented family on the outskirts of New York City, he embarks on an 11-day odyssey in the city’s subway system, forcing his splintered family to reconcile their differences in order to bring him home.

Chloé Zhao’s second feature played the 2018 Festival in the Spotlight section after premiering at Cannes.

Brady (Brady Jandreau) is a rising rodeo star suffering from a traumatic head injury sustained in the ring. Though he longs to climb back in the saddle, Brady finds himself torn between the macho allure of cowboy life and obligations to his widowed father and autistic sister (both played by Jandreau’s real-life family members). During visits with Lane—a paraplegic ex-rodeo star—and amid struggles to train an ornery horse, Brady is forced to face a life outside of the ring.

This story was originally published at an earlier date; it has since been updated.