​When the Future Is Now: On Understanding AI and Being a Misfit Artist in a Family of Scientists 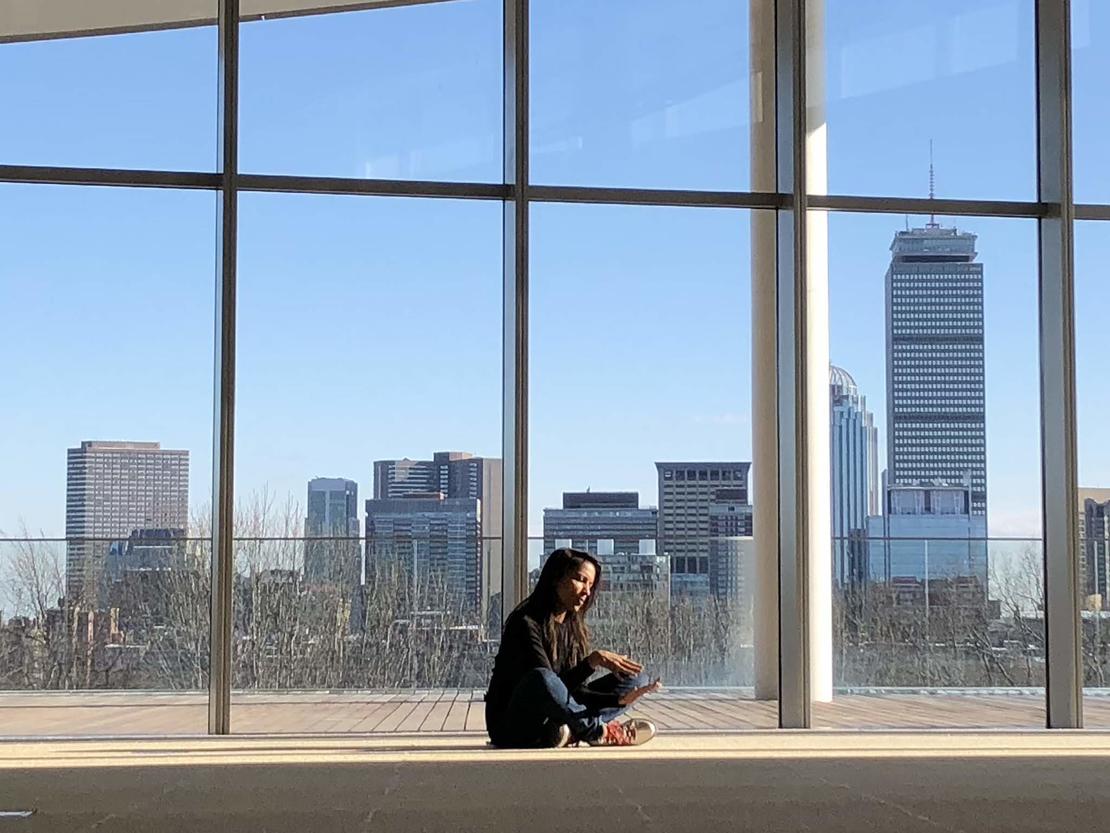 Shalini Kantayya is a Brooklyn-based filmmaker who was an inaugural grantee of the Science Sandbox Nonfiction Initiative in 2018. Her untitled documentary project examines the bias programmed into computer algorithms and how they affect our civil liberties.

A group of scientists sits gathered around a sunlit table in a cafeteria with views of New York City, all experts in various fields of machine learning and artificial intelligence. (They just happen to all be men.) I listen carefully to someone with advanced degrees stumbling to explain in simple terms how a neural network operates. Aware that we are struggling to find a common language, I ask, “Does all artificial intelligence have a point of view? For example, does AI have a race and a gender?” The scientists pause, tussle in their seats with their enthusiasm to answer, each one seeking to communicate with greater precision (and sometimes contradicting one another). I lean in, listening intently. For me, this moment epitomizes what it means to make films—to ask bold questions, and to attempt to make meaning out of ambiguous answers.

My upcoming documentary feature follows data scientists and mathematicians who uncover bias encoded in computer algorithms that impact us all, and their struggle to sound the alarm about the ways in which biased artificial intelligence threatens civil liberties. Merging cinema vérité and graphic novel elements, the film explores MIT Media Lab researcher Joy Buolamwini’s startling discovery that facial recognition software does not accurately see dark-skinned faces or women. Following her struggle as an advocate to prevent the worst outcomes of the deployment of this biased technology by law enforcement at mass scale, the film examines the invisible mathematical models that are remaking the world in the 21st century.

I never thought that I would make films about topics that involve understanding math and science, despite the fact that the idea of me being a doctor was practically laced in my coconut chutney as a child. Scientific fields represent economic stability to new immigrants—and I remember my mother, a single mom from India, handing me my lunchbox and saying, “Study hard. You have to be a doctor.” I was four years old. It would be years before my mother’s dreams would be shattered with the startling realization that I am—oh no, not that—an artist. I did, however, have a passion bordering on fanaticism for American science fiction movies, and engineer cousins who were brilliant but no fun at parties, and they both played a role in how I came to explore scientific themes in my work.

Scientists will be the first to let you know that science fiction isn’t science, but it was nevertheless fictional science that sparked my interest in real science. I was transfixed by films like Terry Gilliam’s Brazil, by Andrew Niccol’s Gattaca, and by cyberpunk movies like Blade Runner (the original, of course), which explored the ways science and new technologies might transform work and human relationships, creating a new vision of the future. Science fiction inspired me to ask questions about real science. After watching Gattaca, I read an article on gene editing to find out the real science of how far we are from the premises of dystopian science fiction. My fascination with science fiction inspires me to understand what is real, what may be possible someday, and what is sheer magical thinking about the future.

In making my documentary film, I discovered that in the realm of artificial intelligence, there has always been a blurring between what’s real and what’s imagined. Meredith Broussard, interviewed for her book Artificial Unintelligence, tells the story of professor Marvin Minsky, who founded the Artificial Intelligence Lab at MIT. Broussard writes, “A large pile of money, some endlessly creative mathematicians with speculative ideas about what might be possible in the future: this was how the field of artificial intelligence began. Eventually, Minsky’s small, elite circle of individuals came to dominate the technological conversation in academia, industry, even Hollywood.” (Minsky was one of the consultants on HAL in Stanley Kubrick’s 2001: A Space Odyssey.) My film seeks to explore this blurring of real and imagined AI.

Too often, artificial intelligence is seen as the stuff of distant, fictional futures. With my project, I’m seeking to inspire a conversation about AI in the now. AI is already making decisions about who gets hired, how much someone pays for health insurance, and how long of a prison term someone receives, using algorithms that have not been audited for bias. As humans outsource more of our collective decision making to machines, there is a vital need to examine the dangers posed by this new era of big data.

Many of the data scientists and mathematicians I have interviewed are women and people of color, whose experience of being marginalized in the tech industry has forged a unique perspective on the bias encoded in the algorithms that impact us all. And that makes me think that even brilliant engineers need misfit filmmaker cousins to shine a light on the emotional human stories that get lost in their data.