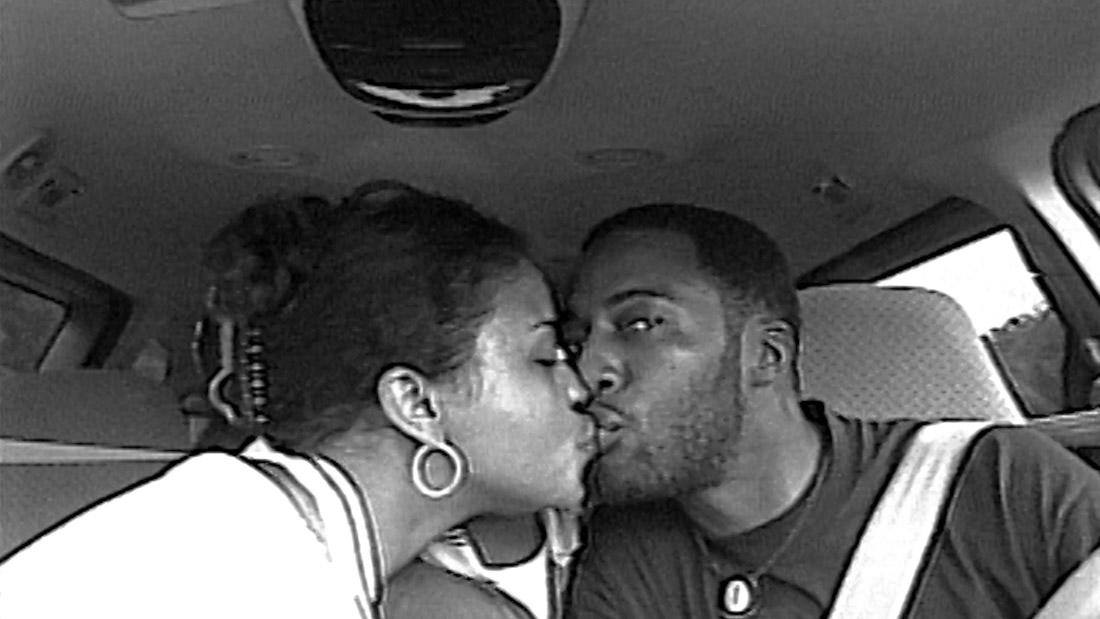 When I spoke to filmmaker Garrett Bradley in advance of the October release of her award-winning documentary feature Time, which premiered at the Sundance Film Festival earlier this year, she was spending time with her 80-year-old father, the abstract painter Peter Bradley.

“Bear with me if there’s a lot of commotion in between what I’m saying,” the native New Yorker explains with a laugh.

It feels like a fitting backdrop, given that her first film, Be-Bop Fidelity, was about her father, composed from interviews she conducted and shot on a camcorder. Be-Bop Fidelity went on to win the Judges’ Choice Award at a festival run out of her Quaker high school, Brooklyn Friends School. The late cultural critic Stanley Crouch happened to serve on the festival jury that year.

I truly believe that we are on a precipice right now in culture. There is going to be a huge radical shift in everything about the world as we know it.

“It was the first time I think that anybody had told me that I was really good at something. I felt like I had found a way to communicate,” Bradley says. “And honestly, I think maybe for that reason alone, I’ve never done anything else.”

As an artist working in motion picture and photography who makes narrative, documentary and experimental films, Bradley’s work — like her inventive archival film America — appears in museums as well as in movie theaters and on television. Her films have been exhibited across the U.S. and Europe, including at the 2019 Whitney Biennial, and this fall, she has her first MoMA solo show, curated by the Studio Museum’s Thelma Golden. She doesn’t want to limit where audiences can engage with her work.

“I truly believe that we are on a precipice right now in culture. There is going to be a huge radical shift in everything about the world as we know it,” she declares. “Part of that is offering multiple entry points for understanding a lot of these really large issues that we can’t rely on just numbers and statistics to understand.”

Hollywood has also come calling: Bradley directed an episode of the second season of the OWN family drama Queen Sugar (created by Sundance alum Ava DuVernay), which shoots in and around New Orleans, Bradley’s home base for over eight years. Bradley also directed the second-unit crew for DuVernay’s Emmy-nominated limited series When They See Us, and has been tapped by Netflix to direct a docuseries of her own about tennis pro and activist Naomi Osaka.

Hear what Garrett Bradley had to say when we caught up with her at the 2020 Festival.

Bradley’s documentary Alone was a Sundance 2017 Short Nonfiction Jury Prize winner that went on to be shortlisted for the 2018 Academy Awards. Her affecting doc Time earned her the Best Director Award in the U.S. Documentary Competition category earlier this year, making her the first Black woman in the history of the Festival to win this award.

As the credits rolled at Time’s Park City premiere on January 25, I was surprised to be wiping away my own tears and hearing people all around me doing the same. Time is a textbook example of using the tools of cinema to tell stories about complex and timely social issues — namely the more than 2.3 million people doing time in American prisons — through a well-crafted personal story with huge emotional impact.

The main character in Time is Fox Rich, a woman who fought for clemency for her incarcerated husband for 30 years while also raising the couple’s six sons. Once Fox showed Bradley her extensive video archive of her family, the film became much bigger than what Bradley initially imagined as a short-form companion to Alone — and something even more collaborative.

“I was making a film and she was making a film,” Bradley said of Fox, praising the prison abolitionist’s directorial eye in her home videos. “Her framing, where she put the camera, how she was using the zooms, how Remington and Lawrence, her younger sons, were also using the cameras — she taught them how to see and how to move through the world and be curious with those cameras.”

This collaborative point of view is important because it confronts the pervasive “idea of the auteur, of the director, as the singular visionary,” says Bradley, who notes that she wanted the Richardson family to feel like active participants with agency in the process.

“I think that that also helped a lot in the process, knowing that there weren’t going to be unanimous decisions that were just made without them being involved,” she said. “It was more about … the understanding that [Fox] and the entire family would absolutely see the film before anyone else did, that they would be the ones to give us the blessing before anybody else did.”

That ties back to a fundamental lesson Bradley learned early on as the child of two artists (her mother, Suzanne McClelland is also an abstract painter). Her parents stressed to her that community is essential to an artist’s success, she recounts: “You have to be with other people in order to be good at what you do. You can’t do it alone.”

Beandrea July (@beandreadotcom) is a freelance writer and audio producer from Dayton, Ohio, now based in Los Angeles. She reviewed films at the Festival for the past two years, and her cultural criticism has appeared in The New York Times, Vanity Fair, Time and The Hollywood Reporter.