Straight Out of Sundance: “Reservation Dogs” Creator Sterlin Harjo on Making His First Feature, “Four Sheets to the Wind” 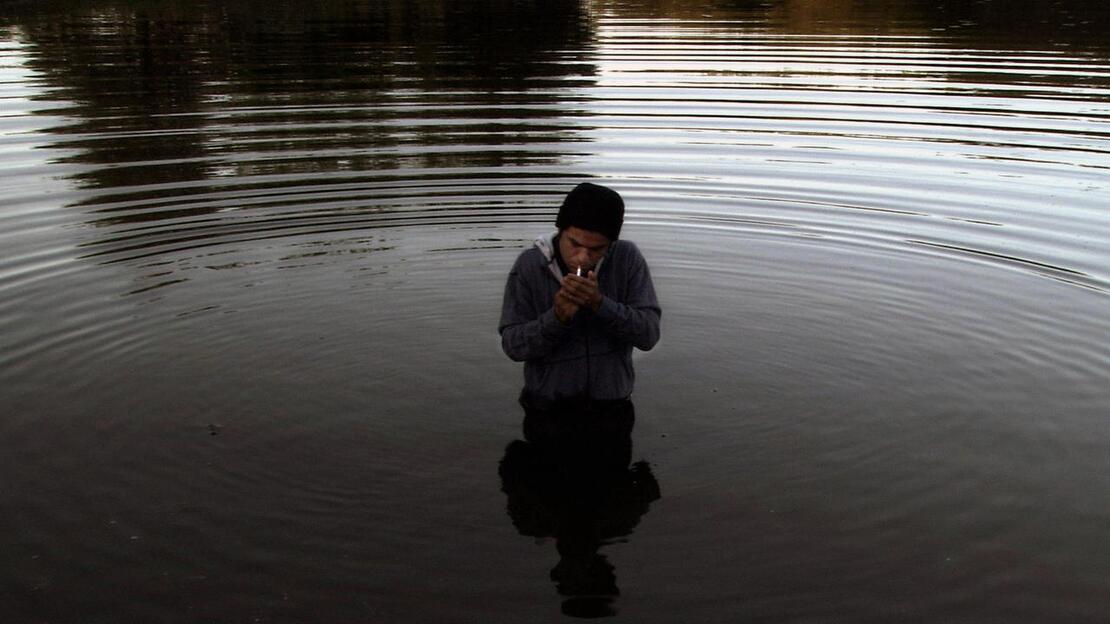 Earlier this summer, the Sundance Institute marked its 40th anniversary, and to commemorate the occasion, we caught up with dozens of Institute alumni to learn more about how they brought some of their very first projects from development to debut. In our Straight Out of Sundance series, we’ll be sharing more of their stories with you. Want to learn more about the nonprofit Institute’s year-round work supporting artists around the world — and how you can help? Visit our Membership page today.

The comedy tells the story of four teen friends living on a reservation in Oklahoma, trying to earn — or maybe steal — enough money to escape to California. As Variety’s Daniel D’Addario added to his declaration of the show’s triumph: “It’s an overdue tribute to a sort of community it doesn’t mythologize. Instead, the show treats the reservation and its residents on their own terms, as worthy of being explored for just what it is, and just who they are.”

As Harjo recounted to us earlier this summer, his creative path to creating the show began more than a teenager’s lifetime ago. In the late 1990s, Harjo (Seminole/Muscogee Creek) was studying film at the University of Oklahoma. During an event on the school’s campus, he happened to connect with the Sundance Institute’s Bird Runningwater.

“I sent him a script that I’d written and it wasn’t good enough to get into the labs, but it was good enough that they stayed in touch with me,” Harjo recalls. “I wrote Four Sheets to the Wind a couple of years later.”

Four Sheets to the Wind — which told the story of a young man venturing from the reservation to the city of Tulsa to stay with his sister after the death of their father — was accepted into the Institute’s Screenwriters and Directors labs in 2003 and 2004. At the Sundance Resort, Harjo worked with creative advisors like Chris McQuarrie (The Usual Suspects), Jim Taylor (About Schmidt), and Walter Mosley (Devil in a Blue Dress).

“I studied film in school. It was just theory based. The writer’s lab and the director’s lab were amazing,” says Harjo. “That’s where I really learned how to work, and work with actors, and make films.”

The experience was a transformative one for a number of reasons. “There was a time when they did my screenplay reading up in the mountains at some mansion, just to be there,” he recalls. “There’s a nice dinner and then they read my script, and I had Kyle MacLachlan reading a part. I had Philip Seymour Hoffman reading parts.

“Ed Harris was lying on the floor beside me while we were doing the screenplay reading. That was pretty amazing. There was so much good advice that I got, and some of it I took and some of it I didn’t. It was such a great experience just being taken seriously in an industry that I didn’t even know I could break into, or if it was possible. It sort of made it possible.”

One day a few years later, after the film was completed, Harjo was roofing a house in Seminole, Oklahoma, when he got an important call from the Institute’s Michelle Satter and Lynn Auerbach. There was good news: Four Sheets to the Wind would have its world premiere at the 2007 Sundance Film Festival.

At the 2007 Festival, Four Sheets to the Wind took home a Special Jury Prize for Acting. As Harjo recounts, two years later, he returned to the Festival with his follow-up feature, Barking Water, a feature that had its world premiere in the American Spectrum category.

Since then, Harjo has revisited Sundance as an advisor to mentor other writers via the Native Lab.

He also connects the success of Reservation Dogs — which was recently renewed for a second season — back to those early Sundance memories.

“I think that I would not be here without Sundance, without the outreach that they do, and trying to find unique and diverse voices — Native voices specifically. I would have never got an opportunity to do what I do. Now I have a TV show [on] FX, and it all started there with Sundance and being given that opportunity. I think that it’s important, the voices that Sundance finds that aren’t in Hollywood or New York. The people that are on the outskirts, that’s what I think they do best. That’s why I’m here.”