Rise Up: It’s Time for Native Nations to Take Back Our Voice 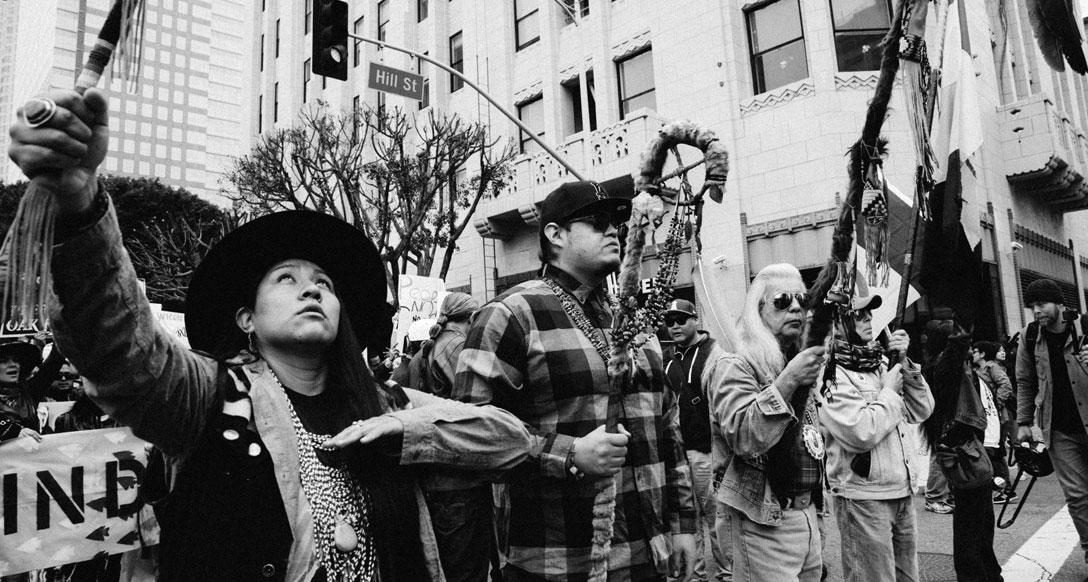 All photos courtesy of Jessie Littlebird

Jessie Littlebird is based in Albuquerque, New Mexico, and is a 2017 Sundance Institute Full Circle Fellow, a program aimed at supporting the next generation of Native American storytellers. This blog was originally published on Pyragraph.

I had the opportunity to attend the 2017 Sundance Film Festival this year after being chosen as a Full Circle Fellow through Sundance’s Native and Indigenous Program. It was an eye- and heart-opening experience at an important time for me, as I was going through a period of not really having a clear direction in how I could make films that would reach people. Let me tell you a little bit about my journey and why I believe we need films with powerful messages from Indigenous directors now more than ever in a fast-changing world.

I was living in Los Angeles in 2016 and could not escape the background noise of people discussing film, actors going to auditions and readings, and musicians talking up their next music video. But one thing was missing from this equation: The people that I saw and overheard having these conversations did not look like me. Nor did I have the bank accounts that they did. Me, a scrawny mixed-blood kid from Albuquerque, New Mexico – how was I going to fit in with the big shots of Hollywood? How does one make it as an independent filmmaker of color in a world thirsty for new content, but still holding onto the past ways of making movies?

Attending the Sundance Film Festival opened my vision to a new world of young and exciting filmmakers who are pushing the craft of storytelling and visual representation. Many of the films I saw confirmed ideas and truths that I held, but it was listening to a young woman from Sweden, Amanda Kernell, who was showing her film Sami Blood, that stuck with me long after the excitement of the festival. She shared advice she received early on in her filmmaking process: You can either work to perfect your craft as a filmmaker or you can be truthful in your story. At the heart of every great film is a story wrought from the soul and place of truth. Hearing that simple advice not only confirmed, but strengthened my purpose in where I want to see independent film progress.

When I first became interested in filmmaking, it was the process that intrigued me because it is fun; the craft of it drew me in. But as I’ve grown and my heart has awoken to the world, it is the stories of the unheard that have driven my passion and fueled my drive to create work that effects change and provides a provoking message. As I create stories that harken back to narratives I heard as a young child, I find myself meditating on the question of how to be true to not only the stories I write, but to myself.

Being invited into the Sundance family as an Indigenous man and being surrounded by other Native people was inspiring. A sense of kinship grew as the week went by and we waited in lines, stood out in the blistering cold, trudged through knee-high snow, and danced the night away.

Being half-white and half-Pueblo Indian has always been an experience of unsure identity. I have grown up as a son to a traditional Pueblo man but I also have grown up in the city away from my people. I have gone to schools where the history books spoke of my ancestors as if they were dinosaurs and no longer alive; I have had to learn to not hate my white side and embrace the pride of my Native side simultaneously. Being surrounded by different Indigenous people lit a spark, filled me with pride, and confirmed to me that, yes, it is our time as the youth of the Native nations of America to rise up and be the generation that takes back not only our identity but our voice.

I believe film is on the forefront of that fight, making films that inspire new generations, shed light on issues still going on in Indian country, and most of all push back against the oppression of colonization. This is where the future of Native film is. It is exciting to see this passion not only in myself but other people of color whom I count as my peers.

When I returned home to LA, I sat in my one-bedroom flat and wrote…and wrote, wrote, wrote, and wrote. I finished two screenplays and started others. Festivals can serve as places for intense inspiration and that is what Sundance did for me. Being immersed in films and stories that did not follow convention and that you won’t find at the theaters on a Friday night in America gave me hope that those films have a place, and someday I could be showing stories I deemed important not only to me but to the people represented in them. To be a guide, a crafter of voice for the unheard is a powerful thing that should not be taken lightly. I think we as a society underestimate the power of what is shown in movie theaters and how movies affect culture and influence people’s choices in everyday life.

So a cold, snowy week in Park City, Utah, has awoken not just one fledgling voice, but many others. I encourage young people of color to take heed and get out there to start telling their own stories. I feel a sense of urgency and haste as the current climate of the world is rapidly changing – we can be the seeds that grow to be the trees of change and restored balance. This sense of haste makes me eager to create with like-minded individuals, and I look forward to the future inspirations and collaborations with my brothers and sisters in film. Where we go from here is in our hands and, more importantly, in the strength in the blood of our people before us