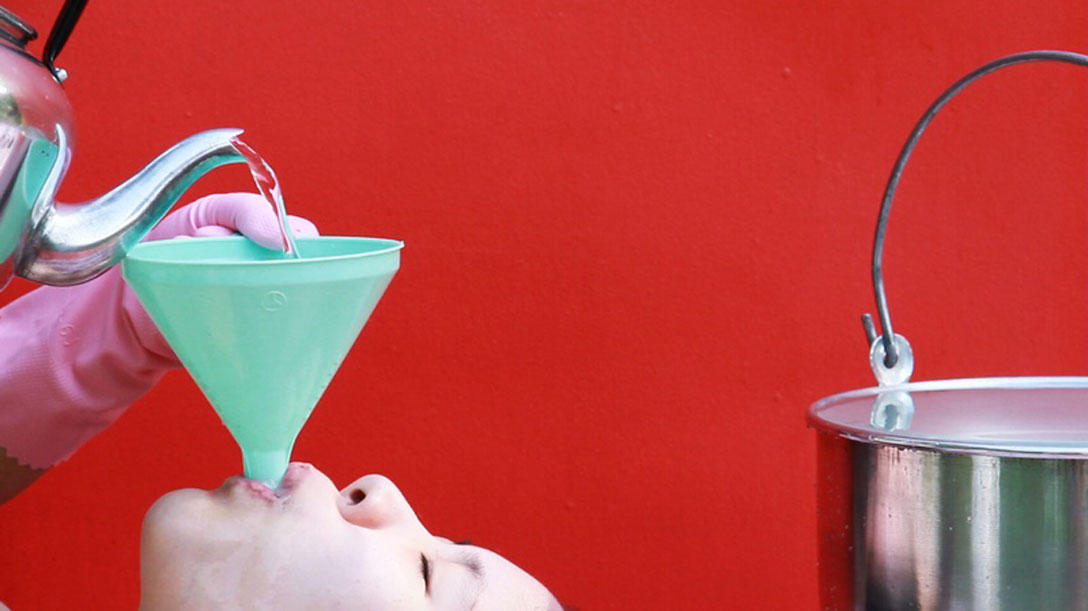 Hussain Currimbhoy joined Sundance Institute in 2014 as a Festival programmer specializing in documentary feature films and New Frontier. He was previously the Director of Programming for the Sheffield Doc/Fest in the UK.

I always had a crush on the art, artists, and stories I encountered from South East Asia — especially during my years in Perth, Australia, where news about films and filmmakers from the region often entered my world. Indonesia’s Garin Nugroho, Malaysia’s Tsai Ming Liang, and Apichatpong Weerasethakul were all names I admired. So in August this year, I set out on a trip. I felt that 2017 was the time to go to Southeast Asia. Sundance Film Festival alumna Mouly Surya from Indonesia had just premiered her new film Marlina the Murderer in Four Acts at Cannes; Malaysian indie director Tan Seng Kiat won at the Shanghai Int Film Festival for Shuttle Life; and Thailand’s Sompot Chidgasornpongse had just released his meditative doc Railway Sleepers at festivals in the U.S. In three weeks I visited Singapore, Kuala Lumpur, Bangkok, and Jakarta, Jogjakarta and Bali in Indonesia. I attended film festivals like Arkipel in Jakarta, Cooler Lumpur, and Docs by the Sea in Bali, to meet with filmmakers and artists face-to-face and talk about their work.

I have heard about the challenges of making films in these nations, where storytelling traditions are ancient, yet art can sometimes be a threat. I heard about the intricacies of their respective creative processes, and saw rough cuts of work that will hit the world’s screens very soon. My work in programming extends beyond documentary and reaches into Sundance’s New Frontier program. For that reason, I was happy to be introduced to the work of Kawita Vatanajyankur, a fine artist who had recently appeared at the 57th Venice Biennale. Kawita’s precise, simple, and distinctive aesthetic challenge notions of feminism, the female body, and the phenomenon of work. A piece like “Poured” struck me for its playfulness and originality. Like Warhol, everyday items metamorphosize from the mundane to the political. Innocuous items become deadly. By using her body and domestic items, riveting multiple tensions are created in small, domestic spaces.

Amidst the bright colors and repetitive loops I was immediately drawn to Kawita’s seductive, dark humor: a sly ode to family that is also inherently critical of capitalism. In her world, the idea of labor is the butt of every joke. I loved our conversation and am sharing some excerpts below.

HC: You have vertigo, so why are you going skydiving in New Zealand?

Kawita Vatanajyankur: I have vertigo from making art. There was one work, called “Carrier.” I was transporting fabrics like sheets and clothes, which weighs a lot, swinging back and forth. I was swinging high, not like building high, but from the 2nd floor let’s say. In my studio at home i have a safety net but I was swinging up outside the safety zone. There was one pile even bigger that I could carry. I asked the team if this was ok and they said it would be fine. They were like, “We did the other pile and it was fine.” So we swung. We needed momentum, but because it was too heavy, the rope broke and I fell. Because it was outside the safety zone I hit my head on the floor.

I went to the hospital and did a CT scan and everything. I was in bed for a month with headaches. Three to four weeks after that i had vertigo. If I perform, I get vertigo. The thing is, it’s always fun. I can’t explain it. At first it was so bad: everything was dizzy and I couldn’t concentrate. But after seven months it’s not going away. I have to think positively about it and I’m starting to have fun playing with the condition. I think it could be part of my performance. For example, the latest series is about labor. I’m talking about meditation and labor in Thailand. Right now I’m making work about labor [on] fishing boats. In every performance I transform myself either into tools or machines. And here I transform myself into a fish. There is always a development. My series in 2012 was about domestic work, repetition, the never-ending work that people do in their daily routine. I started off with household work and that was also talking about society — especially in Asia. Women are expected to be housewives and do housework.

The second series was about transforming myself into tools or machines in the factory or market. I wanted repetitive tools or machines to talk about the tools we use everyday, to explore why the human condition is about work and labor. We are always defined by work, especially now. That series was questioning why we have to work, everyday, get a monthly payment, and keep up this cycle of work. Is it about survival? For some people who are on higher levels it’s not so much about that. But for laborers who have to work, they have that survival condition.

Is the new work continuing the idea of the body in extreme conditions?

The way I use my body is to express labor and endurance. It’s about using our bodies and physical self every day, repetitively, to do work as machines. Machines were invented to replace us. It’s a parody of human work and machines and tools.

I love your use of water and sand and fabric, materials that are small and light but powerful when they build up. What draws you to these materials?

The main part of my work is the performance, the physiological self. Five years ago I became obsessed with science. Our bodies are made of molecules and electrons. They can be transformed. I looked up meditation and Buddhist teachings, and Buddha said that nothing is really real; our reality may not be reality. When you meditate, you see your body is not solid. We are made of energy. So I think that my work is about transforming myself into objects, into tools and machines, and the latest series I transform into a fish. How am I going to do that physically and mentally? It’s performative. It’s a documentation of my work even though it’s surreal. I want it to be a documentation of my performance.

I need the link of water and sand a lot. These elements are a connection between the human body and the object. I transform myself through this. This is the transition.

In “Poured,” for example, I wanted to be a bottle of water. That’s the concept. How am i going to do that? I had to act as a bottle. The water was the thing that made me the water. During the performance, I convinced myself that it’s about endurance. I knew how to breath, I knew when to let go. It was about consciousness and meditation. Convince yourself that it’s ok and you are out of the human limits and you become the bottle.

Are the tools feminist tools?

Being an artist is about having layers in our work. I want different interpolations in the work. I always choose everyday objects that you can find anywhere. Of course it’s about feminism: I am female, [and I] always choose tools and equipment that is female. But also it has to have layers so that the audience is not directed to one meaning. Then it’s boring and flat. You want the audience to interpret the work into something else. An audience that saw “Poured” a while ago thought of how they feed ducks to make Foie Gras. That’s what I like about art. It’s not specifically about one thing. Art opens other doors for interpretations and other meanings. “Poured” can be connected to terrorism or torture. It’s what they do to people they want the truth from.

These things are hiding in the layers. They are quite sexual, too. I add these layers. That adds to the feminism side. I want it to be about everything that people can relate to — including memory and experience.

“Poured” had an incredible tension to it. I was just drawn to the bulging arteries in your neck, then to the overflowing water pot — it was intense to watch. It reminded me of Marina Abramovic’s work too. She is the master of repetition and endurance, but she also brings strains of sexuality to it. Where do you see your work sitting along the Abramovic spectrum?

Marina Abramovic is truly a great inspiration for my video works ever since I was a university student. Even though our works are different, I have always been influenced by how she tested her limitations of the body and mind. I felt like I wanted to study that further, and so I studied about the term of meditation in doing, acting, or performing repetitively and by doing that, I would eventually let go of my sense of self and finally transform myself as part of the working tools. In almost all of my works, I always bring a sense of sexuality by using tools or objects that symbolize female as a gender of strength, endurance, and insecurities. A sense of sexuality in my works also questions the expectation and perception from the society towards women.

Is that your mother who is catching you in “Winnowing”?

In “Winnowing,” the person performing was one of the next door’s housekeeper who was fired because she was blamed for something she did not do. It is a little bit difficult for her (16 years of age and she was actually a foreigner) to confront and defend herself even if what she said was the truth. I am sad she left, she always came to help me with my work.

I love it. So when are you all coming to Los Angeles to show your work?

I would love to come to LA! But first, I am going to send an application to your Festival as a starting point to my journey in the U.S. [laughs].