Catching Up with Jeff Orlowski, the Filmmaker Who Made Art Out of Climate Change 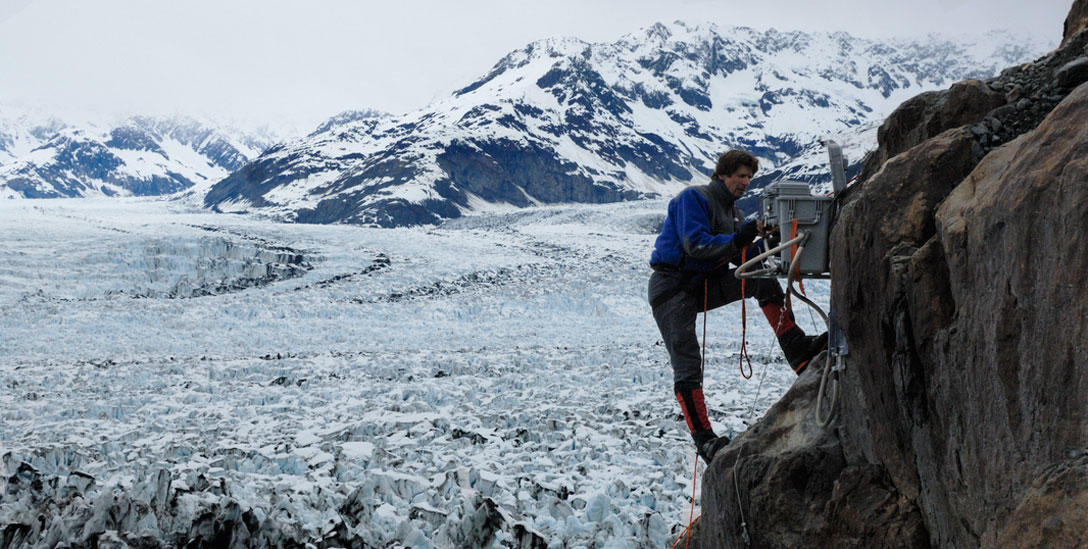 Earlier this year, Orlowski was awarded with the first-ever Sundance Institute | Discovery Impact Fellowship for his work in elevating awareness around environmental protection. We recently chatted with Orlowski to revisit the inventive and demystified approach he took to depicting climate change in Chasing Ice and what he’s working on these days.

How tangible has the activist response to your first film been, and were you surprised by its efficacy in goading people into action?

I think most people will acknowledge the difficulty in gaining tangible action for any movement. We have been fortunate with Chasing Ice as it provides visuals that are beautiful and yet horrific that people feel compelled to want to do something. We told audiences that we want people to use the film as a tool. Everyone has a unique skill that they can contribute to the cause, and so everyone has the responsibility to act.

The only way we can make change is through the individuals who are trying to have an impact. James’s story is one example of that. In addition to that, we need our voices to be heard by larger or more powerful groups and individuals who can carry the message to enact laws and policies that allow for the necessary changes to be made. I strongly believe we need both a top-down and a bottom-up approach, but it all starts with people who want to make a change.

There has never been greater awareness surrounding climate change than there is now, but somehow there are still skeptics. How important is it to find inventive ways to tell the same story in new ways?

That is what I hoped Chasing Ice could do. James captured evocative visuals of climate change. And when people see the film, they get it. We’ve had hundreds of people come up to us after screenings and tell us that they used to be skeptical of climate change, but now they understand it. One woman told us how she spent years arguing with her friends proclaiming climate change was not real, to the point of not allowing climate change believers to visit her house. But after seeing Chasing Ice, she knew she had to make amends.

We must think creatively about what the true causes are behind climate change and how we can work together (not against one another) to come up with ways to solve it. There is no other option. This is one of the greatest opportunities in human history to be creative. We have created a problem for ourselves and now we get to fix it. So each of us must be resourceful, decisive, and imaginative about how we can do just that.

What can audiences expect from the follow-up to Chasing Ice?

We haven’t been too public about our latest work as we have been focused on making it count, but we are working on a new documentary about the health of the world’s coral reefs, and we are grateful to the Sundance Institute Documentary Program and Discovery Channel for supporting us while we are in the production phase.

By Stephanie Ornelas In all things, to progress — to get better — means to listen and to learn. For documentary filmmakers, it’s paramount they

Los Angeles, CA (May 17, 2022) – Today, IllumiNative, The Black List, and the Sundance Institute announced the eight finalists of The Indigenous List. These