Inspired By: Ana Lily Amirpour on the Influences Behind ‘A Girl Walks Home Alone at Night’ 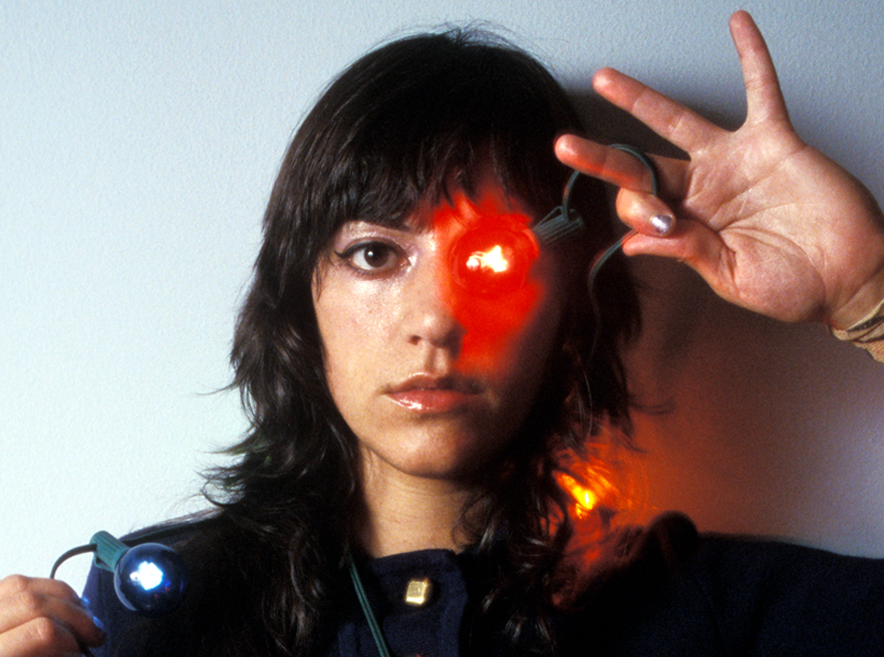 It’s been dubbed (by our own senior programmer John Nein, in fact) the first Iranian vampire western, and who would dare refute that obscure designation? A Girl Walks Home Alone at Night garnered a rapturous reception at the 2014 Sundance Film Festival, where it played in the NEXT section before screening again at this summer’s Sundance NEXT FEST in Los Angeles.

A Girl is set in the fictitious Bad City, a home to debauched drug users and other degenerates where a subdued vampire stalks the denizens. Our vampire, “Girl,” stunningly portrayed by Sheila Vand, only changes her ways upon being seduced by a debonair romantic named Arash. But Amirpour’s feature directorial debut is more than just a compelling narrative – its Iranian psychedelic rock and stunning anamorphic black-and-white indicate a refreshing and assured new talent.

We recently sat down with Amirpour to talk about the filmmakers, musicians, and environments that inspire her distinctive work.

“I just watched True Romance. I fucking love Quentin Tarantino. And I love David Lynch—Wild at Heart is my favorite Lynch movie. The snakeskin jacket in Wild at Heart is the snakeskin jacket that Brando wears in The Fugitive Kind. I only know that because I bought this Wild at Heart limited edition anniversary DVD set. I spent like $180 on this thing, and it’s so dope. It has interviews with everybody. But I was just watching True Romance this morning, and what a fucking movie. I was thinking the other day it would be so fun to see [Tarantino] make a true love story, and I was like, ‘Oh, duh, he did.’ I mean, Tony Scott directed True Romance, but [the screenplay was written by Tarantino].”

“I go to Las Vegas about five times a year. I go by myself. The first time I went was 2009. I first went to finish, and I still do—60% of the time I’m past the halfway point. I drive to Vegas, I get a room. I rent a room for four, sometimes five nights. I bring all the supplies I need for my room—bourbon, wine, hard-boiled eggs, beef jerky, and my iPod. And then I’m just like Doc Brown, like a madman in the room. It’s kind of like being a lab rat. It’s very ritualistic. I like to go down and sit at the bar, play video poker, have a steak and martini… I feel more natural in Vegas than I do in nature. A room at the Encore understands me more than most people.”

“I like sex and violence and swearing, so that kind of eliminates a lot of the regular stuff. I definitely loved Game of Thrones, and Sex and the City, and The Sopranos. I’ll watch Girls. It’s a little bit like I don’t understand those people personally too much, but I do watch it—I think Adam Driver is magnificent.

“But I think the one show that I always watch—it’s like chicken soup for the soul—is Friends. Monica, Ross, Joey, Chandler, Phoebe, and Rachel. I love everything about all of them. I love every super-special cameo, too.

“Here’s a fun factoid. When I was making the pimp for my movie, Saeed, this super electric gangsterish gloriously sleazy guy… I was talking to [actor] Dominic Rains and he looks so intense. We were talking and I was like, ‘Once you look like that, you’re going to start feeling so overtaken by this bad guy thing.’

“And I don’t’ see [Saeed] as a bad guy, I never did. Dominic loves Friends, and Ross is his favorite character. So for six weeks before shooting, I gave him the box set DVD of the series, and he watched all the Friends, only focusing on Ross. Because there’s a softness about Saeed’s character—he’s a pimp with a soft side.”