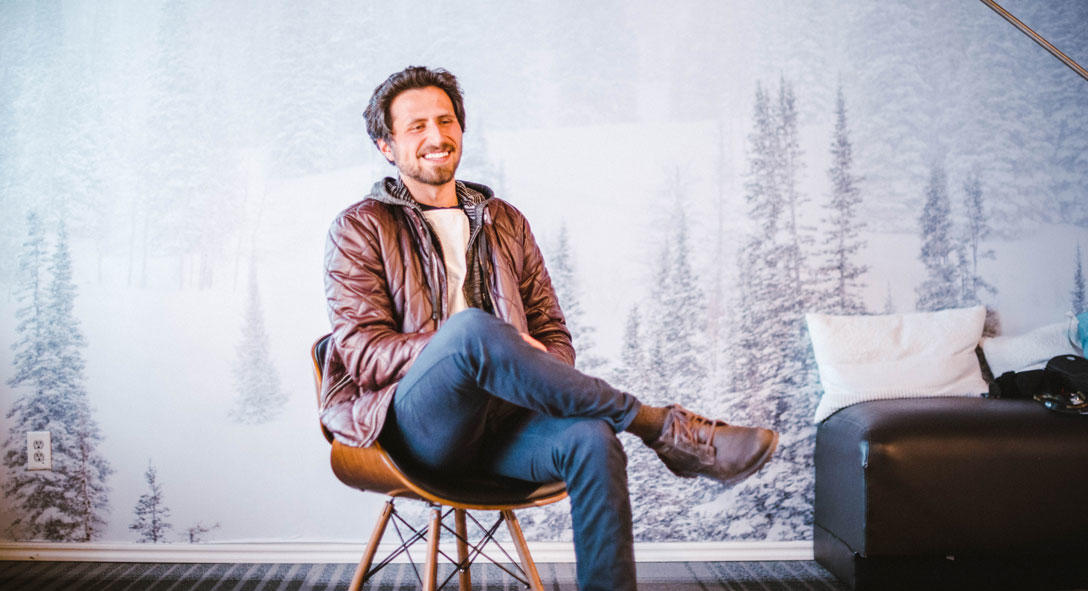 As incoherent as it may sound, on September 8, 2016, I was fortunate enough to be sick at home. I was missing out on an important rehearsal for a live streaming (an assignment for college) because the doctor had given me a three-day order to stay at home, as I was on the border of getting pneumonia. I was feeling very badly. Who’d think being this sick would be the beginning of the Sundance experience.

Sniffy and dulled by the medicine, I was scrolling through my Facebook page. I stumbled upon an article by No Film School where they talked about the Sundance Ignite and Adobe 1324 “What’s Next?” Challenge. As I read, I was impressed by the amount of opportunities winning this challenge would give me. There was nothing to lose and an immense, intangible amount to win, so I thought, let’s do it. I wrote the script and started to get my crew together that same day.

The production of this short film was like none I’ve done before. We thought the story and specially the main role had to be portrayed by a non-actor, and preparing a peasant to feel as a repented murderer and express it on camera was a huge challenge, but probably the most enriching experience I’ve had making films, which I was able to share with my D.P and co-actor trainer Mateo Suárez Castiblanco.

The two weeks it took for us to prepare the non-actor and his performance on the day we filmed were eye opening and extremely motivational for the both of us. We were very fortunate to find this open-minded man that was willing to do this for the first time with such a great disposition. The short film has many flaws, but the one thing that works very well is his performance.

Two months after the submission, on November 28, we were given the mind-blowing news that out of 353 applicants from around the world, we were one of the 15 winners. Being one of the two latinos amongst these great fellow filmmakers, and being there to tell a story about what my country Colombia must deal with right now was very gratifying and humbling.

Time passed, and it was suddenly January 24, and I was freezing in Park City, Utah, for the Sundance Film Festival. It’s impressive how the snow makes this place look so surreal, but what really amazed me was the people. Everyone has a great, positive attitude with an open mind and the desire to meet you, talk about your projects, and learn about where you come from. This is what makes the Sundance community stand out and break the stereotype of a closed and “survival of the fittest” style industry. Here, you really feel how film can change society.

To start off the Festival, the 14 other Ignite Fellows and I got to meet each other and were introduced to the program and our mentors. It was awesome to finally meet in person the filmmakers whom I had first met through their work. This group of people became a family during the week and will remain one – the “Sundance Fam,” as we called it. But we realized that being part of this program made us part of a family much larger than just us 15 – John Cooper, the director of the festival, reminded us the importance of supporting creative minds and how being part of Sundance means embracing creativity.

One of the biggest things about this opportunity is that we get a mentor who will help us with our projects during this whole year of the fellowship. Meeting my mentor, Effie T. Brown, was inspiring both professionally and personally and one of the highlights of this experience. I’m looking forward to learning a lot from her and accomplishing the objectives we proposed to ourselves.

Overall, being at Sundance and part of the Ignite Program has been a motivational trigger that opened my eyes to a world of filmmakers and opportunities, reminded me the importance of making films, and inspired me to work on my projects with more passion and a purpose.