5 Things You Should Know: Hoop Dreams Revived for the 2014 Festival 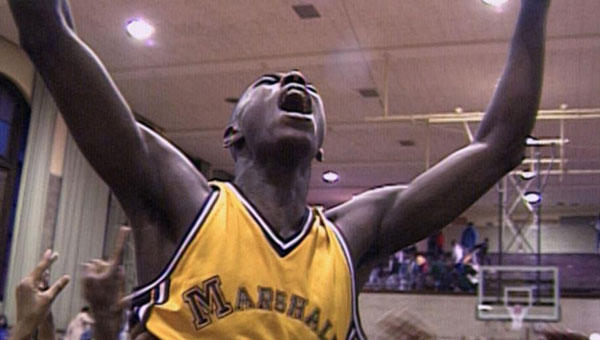 Don’t look now, but it’s been two decades since filmmakers Steve James, Peter Gilbert, and Frederick Marx premiered their rapturously received basketball documentary, Hoop Dreams, at the Sundance Film Festival. As part of the 2014 Festival, a digitally remastered high definition version of the film will screen for the first time ever in this year’s From the Collection program.

Hoop Dreams charts the five-year journey of Chicago basketball prodigies Arthur Agee and William Gates as they vigorously chase their on-the-court endeavors while confronting burdensome issues off the hardwood. In light of today’s news, director Steve James recently reflected on the Park City premiere of his film 20 years ago, its 170-minute runtime, and unexpected commercial triumphs, and where Agee and Gates are today. Learn more about the From the Collection screening and restoration process here.

What resonates most powerfully with you today when you reflect back on the premiere of the film at the 1994 Sundance Film Festival?

We got there mid-Festival in time for a 10:30 p.m. screening at the Egyptian of this three-hour documentary. First off, we thought, “Nobody’s gonna be there.” I called it the red-eye screening. Turns out [the theater] wasn’t completely full, but it was almost full. The film had received quite a bit of buzz already, and it had been fueled by the fact that Siskel and Ebert had reviewed it on their show despite the fact that it was only playing in Park City. That, apparently, had gotten around the Festival, and I don’t think we got out of the Q&A till 1:30 a.m.

On the subject of the film’s protracted runtime, what trepidations did you have around showing the film and seeking distribution?

It’s an interesting question because as we got deeper into the editing we realized this is just a long film. We had public television funding, so we figured they’d probably break it up and make it a two- or three-part thing for TV. Going into Sundance, we were not thinking that the film had any real theatrical prospects. We said, “Well, it’s about sports, it’s three hours long, and it’s on video—how many strikes do you get?” We had actually sent it to some distributors and it had arrived on two video cassettes, which immediately meant that it probably went into a pile. But eventually we started to get theatrical interest, and suddenly some of those same distributors became interested.

The film was shot on Beta SP videotape, which even 20 years ago was an antiquated format. How was Hoop Dreams originally screened at the Festival?

You had to blow up the film to show it at the Festival, because nothing was shown on video, everything had to be on film. We had done that, and it looked pretty good, actually—just like bad film.

The guys that were representing us to try and sell the film told us that if anybody asked us what the film was shot on, we were told to tell people it was shot on film. Sure enough, the questions started coming at the very first screening. “What did you shoot this on?” We said, “It’s film.” People looked at us like, “Really?” And we said, “Yeah, yep, it’s film.”

What type of relationship have you maintained with Arthur Agee and William Gates over the years?

The relationships have endured throughout the years. We don’t see enough of each other. You get busy with other films, they get busy with their lives. You never stay as close with subjects as you want. After every film, you can’t imagine not being close forever. But we’ve definitely stayed in touch over the years and visited each other. My wife makes Christmas cookies that I dutifully deliver to them each year (laughs).

Two decades ago, the commercial landscape for documentaries was very different. What film influences helped inform the making of Hoop Dreams?

When I was in grad school, I saw 28 Up. I didn’t look at that film and decide I wanted to follow people over time, but I remember being really struck by that film. To actually see someone grow up, the sweep of the storytelling… At the same time, I was a huge fan of narrative filmmakers who were very ambitious. I was a huge Kubrick fan, I loved The Godfather trilogy. All of those things were seeds in a way, but I didn’t have the idea of doing Hoop Dreams because of them. As this film went along and turned into its mini epic of its own, I reveled in that, I loved that. Frederick, Peter, and I all very much loved living inside a story like that.