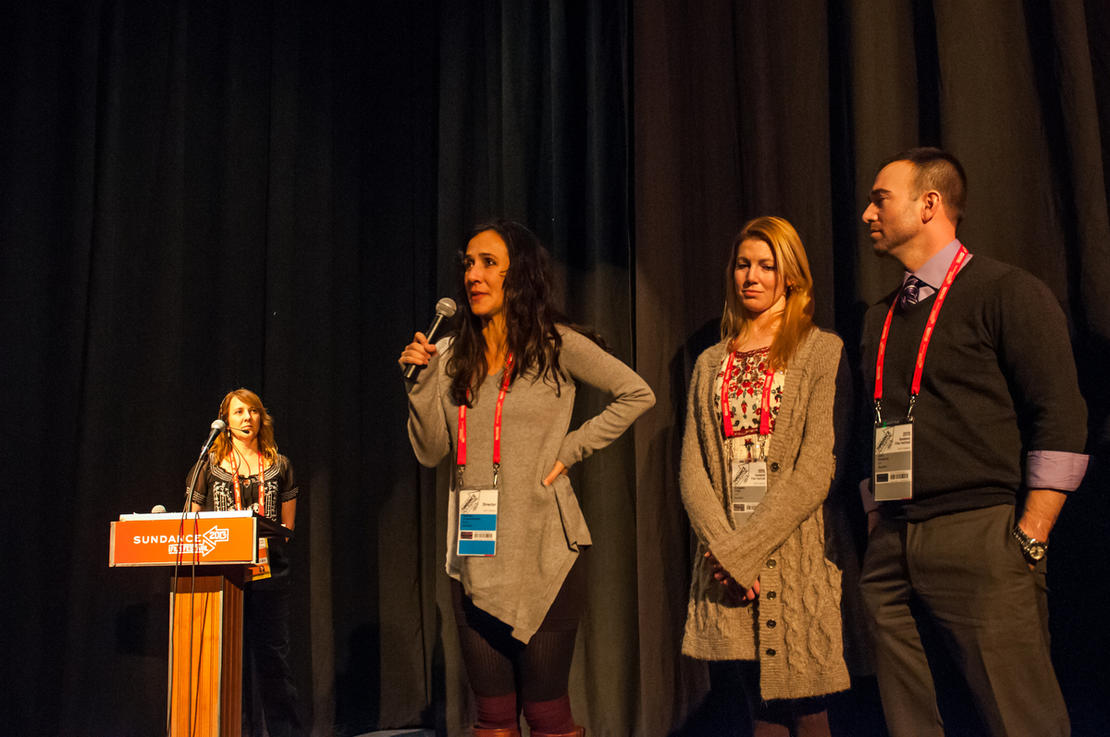 Filmmaker Gabriela Cowperthwaite knows firsthand how appallingly easy it can be to put on moral blinders when it comes to entertainment. She concedes that she was one of millions of annual SeaWorld visitors who opted, perhaps subconsciously, for obliviousness in the face of alarming animal cruelty.

That all changed with the undertaking of her new documentary Blackfish, an official selection of the 2013 Sundance Film Festival, which depicts the sobering reality that exists for killer whales held in captivity and exposes the well-concealed truth about the dangers that their trainers face. Below, Cowperthwaite talks about the curiosity that ignited her interest in this pressing animal rights issue and shares what she finds to be the most egregious misperceptions about the sea park industry.

When we spoke with you prior to the premiere of Blackfish at the Sundance Film Festival, you touched on how this wasn’t an issue you had been previously involved with. What was the stimulus for you to make Blackfish?

Gabriela Cowperthwaite: I was confused as to why a top SeaWorld trainer came to be killed by a killer whale. I thought killer whales didn’t kill human beings. I didn’t understand whether he was playing, whether it was an accidental drowning, because I was sure he didn’t do it on purpose. It was tragic for me to learn how deliberate and brutal the attack was. I knew from that point on I was in for a shocking journey.

The film features an array of significant role-players in this industry, from trainers to experts to those responsible for the captivity of orcas. Is their an interview that you considered particularly impactful for you?

GC: I believe John Crowe was the interview that impacted me the most. He describes what it was like to capture an orca from the wild in the early 70s. He actually laid his hands on the animals in these captures, and four decades later, he’s struggling to come to terms with it.

Do you consider Blackfish to have a call-to-action, or is it more about promoting awareness and hoping that viewers can draw their own conclusions?

GC: The film is an 80-minute airtight, fact-driven documentary. I wanted it to feel like a detailed, truthful narrative and wanted to “show, not tell” audiences a story. In my opinion, we’re more inspired when we discover something on our own, than we are when we’re told how to think or feel. That said, we always hoped that the film could be an agent of change. The former trainers established an information landing pad called VOTO (Voice of the Orcas) which provides action-able steps the public can take in hopes that we can evolve out of this lucrative animal entertainment industry.

What’s the greatest misperception about the sea park industry?

GC: Really nothing in these parks is what it seems but simply put, the greatest misperception is that the whales are happy and the trainers are safe.

What changes, if any, do you foresee occurring to prevent orca captivity in the future?

GC: I believe people are evolving. It’s easy to fall into a state of passive consumerism like I did—I’m a mother who took her kids to SeaWorld. I was completely susceptible to the happy Shamu iconic image. But my hope is that the more people pull back the curtain on this industry, the less inclined we are to take our kids through those turnstiles. This is the only way this multi-billion dollar industry will change. It’s ultimately up to us.