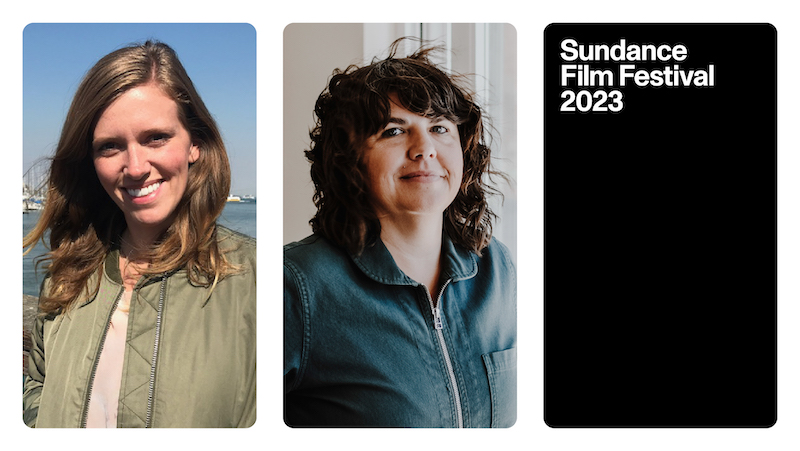 On Sunday, January 22nd, producers from around the world came together in person for a spirited and warm gathering (after three long years apart) to honor the 2023 Festival producers and their films, as well as highlight the crucial role of the independent producer.

This annual event — sponsored by Amazon Studios — shined a light on the 2022-2023 Sundance Institute Producing Fellows, featured a keynote address by producers Heather Rae and Nina Yang Bongiovi, and presented the 2023 Sundance Institute | Amazon Studios Producers Awards. The Award honors two producers with films at this year’s Festival for their body of work and commitment to creative producing in the independent space.

We asked Jess and Kara to share some reflections on making work in extraordinary times.

It’s Only Life After All (Premieres)

At Multitude Films, we are a queer-led company that produces films by and about historically excluded and underrepresented communities. We aim to center liberation both our films and in the filmmaking process itself. Given the dominant structural dynamics in our industry – and how they mirror those of our broader society – liberation work is always imperfect, incomplete, and aspirational. Most critically, it is creative work we do in community – much like film production.

Jess Devaney (they/she) is an Emmy award-winning producer and Founder & President of Multitude Films, an independent production company dedicated to telling nonfiction stories by and about historically excluded and underrepresented communities. Her latest films include Critics Choice-nominated Lowndes County And The Road To Black Power (Peacock); Emmy-nominated Pray Away, (Netflix); Oscar-shortlisted Call Center Blues (Topic); and the Emmy-winning short Apart (HBO Max). She also produced Sundance Award-winning Always In Season (Independent Lens) and The Feeling Of Being Watched (POV), dubbed “a real-world conspiracy thriller” by Variety. She produced It’s Only Life After All and executive produced Milisuthando, which are premiering at Sundance 2023. Jess founded QueerDoc and was a Sundance Institute Documentary Edit and Story Lab fellow, Women at Sundance fellow, and Sundance Institute Creative Producing Lab advisor. She received DOC NYC and Topic Studios’ inaugural 40 Under 40 Award, the Cinereach Producers Award, and Doc10’s inaugural Vanguard Award.

We talk a lot about our worries for the industry and the future of our jobs. But time after time we hear stories about movies only getting made because of a Producer who pushed it up the hill for years. For example, with The Starling Girl, I faced a particularly daunting hill. We went through two different financiers, the first dropping us due to the pandemic uncertainties. We had two different casts, five different budgets and budget levels, four different states, two possible countries, Sundance Catalyst, Sundance Labs, and four years of emails, calls, and constant no’s. After all of that, we still woke up everyday and told each other we were making this film. I know so many of you can tell me a similar story about facing your own hill on your own film. Just know that you’re not alone in that fight.

For our future as Producers we have to remember that now is the time to stand together and show the industry why these movies wouldn’t get made without us. I want to say thank you to the Producers who are fighting for equitable pay, health insurance, protecting producers creative rights, and defining the role of the producer. They have worked hard the last few years to create the newly formed Producers Union and I’m proud to be a member. The more we work together to make sure we’re seen for our work the further we can all get.

Kara Durrett is an NYU graduate, Sundance Producing Lab Fellow, and a 2021 nominee for the Independent Spirit Piaget Producers Award. Her films have played 150+ festivals worldwide including Sundance, SXSW, Telluride, Cannes, Venice and others, winning many awards along the way. Most recently, Durrett produced If You Were the Last, from director Kris Mercado, which stars Anthony Mackie and Zoey Chao and will premiere at SXSW 2023. Her previous films include Topside with writer/director duo Celine Held and Logan George, which premiered at SXSW and Venice, winning awards at both festivals. She recently wrapped the duo’s sophomore film Into Caddo Lake, which she produced alongside M. Night Shyamalan. Additional producing credits include Adamma Ebo’s Honk for Jesus, Save Your Soul, which sold to Focus/Monkeypaw out of Sundance 2022, and Alex Fischer and Eleanor Wilson’s Save Yourselves! which premiered at Sundance 2020 and sold to Bleecker Street Films. Upcoming projects include David Craig and Brian Crano’s I Don’t Understand You, starring Nick Kroll and Andrew Rannells, produced alongside Pinky Promise and Joel Edgerton, and Zach Wood’s feature The Accompanist, starring Susan Sarandon.