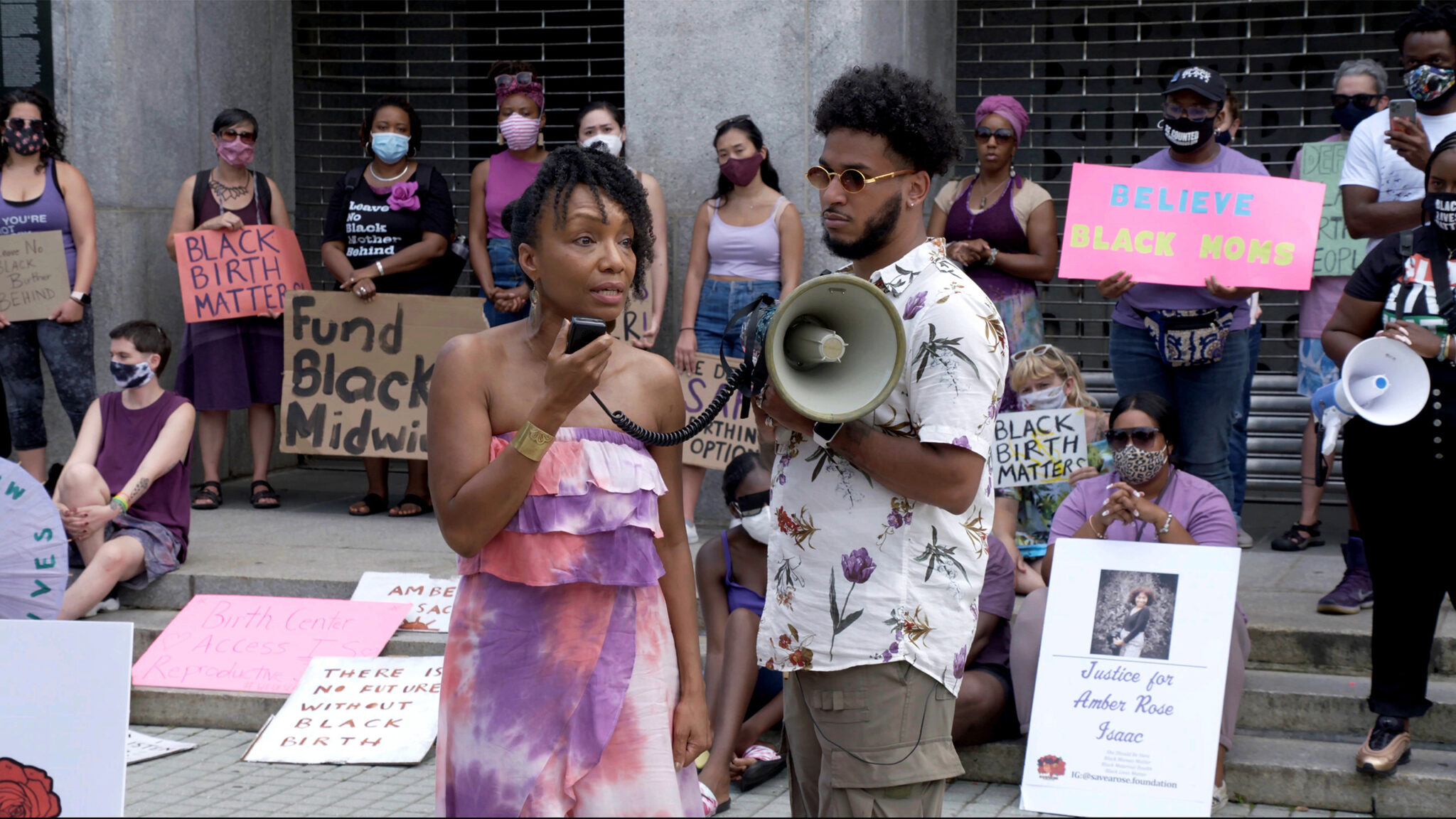 Back in 2007, when director Tonya Lewis Lee was asked by the U.S. Department of Health Services to be a spokesperson for their Infant Mortality Awareness campaign, she didn’t know that the United States has an infant mortality problem. She did not know that [African American] babies die three times as much as white babies do in America.

She then had the opportunity to travel the country and learn about infant mortality in the United States, and how that impacted certain communities.

“I like talking to groups of women,” she adds. “So when I was talking to a group one day, I just heard stories about a friend, a sister, a cousin who had passed away from childbirth complications.”

Lee’s research prompted her to partner with co-director and producer Paula Eiselt, and the two went on an all-out quest to create a film that would send a message to the entire country, but more specifically, the healthcare industry: Black wombs matter.

Eiselt, who drew inspiration from her own traumatic experience within the maternal healthcare system, came across countless articles exposing the U.S. maternal mortality crisis.

“At that point, I realized that what I had experienced on an individual level was endemic to Black women, who would be most profoundly impacted,” says Eiselt.

“I knew that as an artist, if I wanted to help shed light on the story and the work that’s being done, centering Black women was the only way to do that. It doesn’t work any other way. But as a white person, I knew I could not tell this story alone.”

Through very intimate footage, the film takes you on an incredible and eye-opening journey through the lives of two women, Shamony Gibson and Amber Rose Isaac — vibrant mothers-to-be whose deaths due to childbirth complications were preventable. The documentary follows their families four months later, as they’re determined to sound a rallying cry around a chilling and largely ignored crisis.

The film sends an important and urgent message about systemic racism in the healthcare system as it follows Bigson and Isaac’s family four months after their deaths — their mothers working tirelessly to raise awareness, and their partners navigating this new reality as single fathers. Through their journeys, it heartbreakingly tells the stories of many other Black fathers and their families in similar positions.

“We aren’t given the latitude to operate as caucasian fathers do,” says activist Charles Johnson. “The moment I raise my voice, I’m no longer a husband who’s worried about his wife. I’m a threat.”

He continues, “There’s research from the CDC that shows that African American  women with post-graduate and graduate degrees are more likely to die during childbirth than white women living below the poverty level.”

But the film also tells a story of hope, and how each conversation brings to light an issue that has been ignored by so many medical professionals for years. It shines light on the impact midwives have on Black mothers, and how birthing centers are crucial in creating a healthy bridge between hospital births and home births. The film even shows an actual home birth from start to finish, displaying comfort and warmth in an otherwise tense atmosphere.

Delivering a powerful activist speech at the end of the documentary, Lee and Eiselt send an important and necessary message to audiences: Black Wombs Matter.