A Shot of Shorts 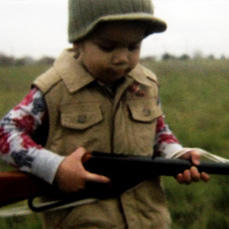 If anyone has any doubt as to the ‘health’ of filmmaking, this year’s abundance of short film submissions can certainly provide ample evidence to the contrary.

With 6,092 short film submissions to the Sundance Film Festival this year, it’s quite clear we’re living in a video culture, and men, women, children, not to mention monkeys (see Fiddlestix by the Zellner Bros.), are all part of the vast and growing world in which anyone can make a film. In a post-recession year, resourcefulness is yielding to new creativity—especially in the short form—as cinematic storytelling continues to thrive as the globe’s unofficial universal language.

It certainly wasn’t easy, but the shorts team (Kim Yutani, Ernesto Foronda, Jon Korn, Lisa Ogdie, Hebe Tabachnik, Shane Smith, and myself) managed to make a few tough choices and pare the film roster down to a slim 70 selections for the 2010 Festival. Thirty-nine films come from the United States, and 31 are from another 15 countries.

On January 21, we’ll be kicking off things properly with the debut of Shorts Program I (Spike Jonze, Rory Kennedy, and Patrik Eklund return to the Festival with some deliciously new material, along with the Oscar-shortlisted Logorama animated by the French collective H5) at the Egyptian Theatre, and for the nine days that follow we’ll be rolling out six more Short Film Programs, and others that will screen before some very entertaining feature films.

From esteemed alumni (Blackhorse Lowe returns to the short-form with Shimasani), to the premiere of new films and talents (Rodrigo Ojeda-Beck and Robert Machoian create a wonderfully tense trip back into childhood with their film Charlie and the Rabbit), to a display of experimentation and innovation (Voice on the Line by the talented Kelly Sears combines social commentary with found footage), and a little bit of mystery (The Armoire by Jamie Travis is sure to leave you hanging on till the end), debauchery (Successful Alcoholics by Jordan Vogt-Roberts proves not all drunks are winos), and lasciviousness (Martín Deus and Juan Chappa balance friendship with romance in Raw Love), these shorts and many others will show you that there’s no shortage of fresh, provocative, and unconventional stories out there.

For those putting on the long underwear and/or parkas, we hope you’ll get a chance to check out a program or two, or a short in front of a feature. See you in the snow!