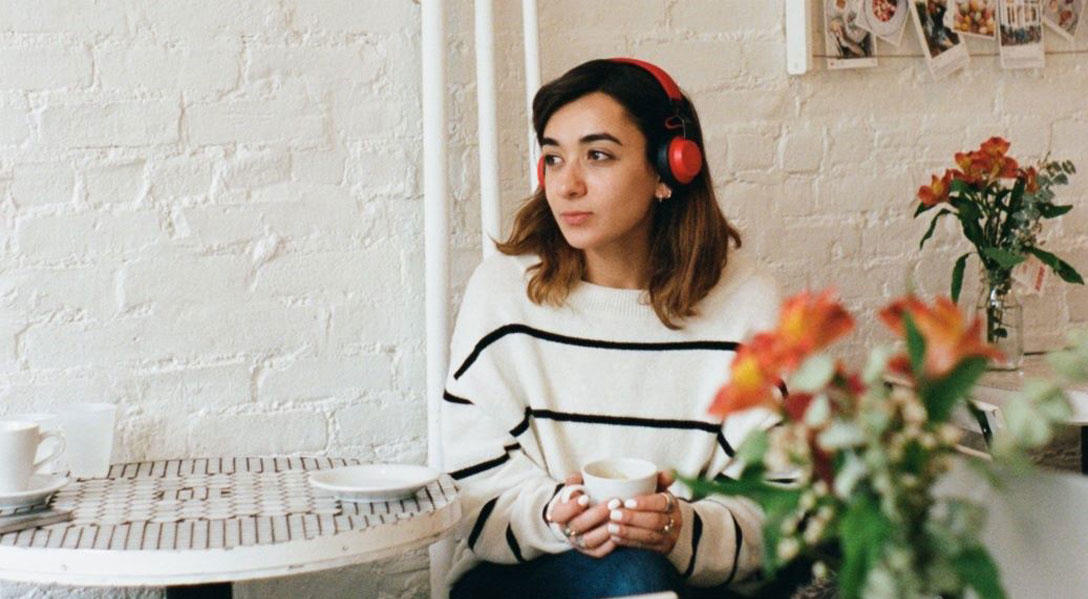 By Hala Kaddoura with Dana Kendall

In 1978, Hala Kaddoura’s father immigrated as a Palestinian refugee from Lebanon to the United States, where Hala was born. She then lived in Lebanon for most of her life until moving to San Francisco, and now resides in Los Angeles where she works as the social media manager for Sundance Institute.

This Independence Day, I’ve been reflecting on what America means to the world—and to me.

I moved to the U.S. from Lebanon 18 months ago. I am lucky to have been born in the States—thanks to my dad, who immigrated as a Palestinian refugee to America and decided to stay for 20 years. But if President Trump had decided to add Lebanon to the list of banned countries, I would not have been able to be here, let alone tweet, post, and share freely (in both English and Arabic) for Sundance Institute.

I started working at Sundance about a year after the 2016 election, and was proud to see our executive director, Keri Putnam, address the travel ban head-on at the 2017 Sundance Film Festival awards ceremony, the day after the executive order was signed.

“International artists … are such an important part of our community,” Keri said, noting that the Festival showcased works about, and by artists from, Muslim-majority countries including Massoud Bakhshi (director of Yalda, winner of a Global Filmmaking Award) and Tarek Saleh (director of The Nile Hilton Incident, winner of the Grand Jury Prize in the World Dramatic category) who were in the room that evening. “We know that closing our borders to these and other artists will stop the flow of ideas and inspiration that are so vital to the global community. We stand with you and we stand with all people risking their lives for their values or seeking refuge from violence or persecution who are now denied entry to our country.”

I was glad when the Institute co-signed a Supreme Court amicus brief which notes that: “It is no coincidence—but rather an animating principle—that refugees have created many of the works that define what it means to be an American.”

Hala and her father, Walid Kaddoura, in Los Angeles this year.

Sundance Institute supports and champions independent artists and stories from around the world. As an organization that was founded to advance artists and their art, the idea that any storyteller would be denied access to our community solely on the basis of their passport is anathema. Most recently at our 2018 Festival, the World Cinema Grand Jury Prize in Documentary was awarded to writer/director Talal Derki for Of Fathers and Sons, which recounts his return to his homeland of Syria where he gains the trust of a radical Islamist family, sharing their daily life for over two years. Recognizing the physical and psychological demands of this kind of work, Talal was also presented the inaugural Open Borders Fellowship Award.

I had my own powerful experience at the 2018 Sundance Film Festival that highlights the beauty of engaging freely with artists from different backgrounds.

I had never heard of the Sri Lankan artist M.I.A until a colleague gave me a ticket to her documentary MATANGI / MAYA / M.I.A, which tells the story of the artist’s journey from seeking refuge in England to becoming the world-renowned pop star she is today. The film left a lasting impact on me, not only because of her refugee journey, which I could wholeheartedly relate to, but also because of her resilience as a feminist, an activist, and a human being. She is a badass woman whom I admire for living her truth no matter how difficult the struggle was.

Had England forbidden M.I.A. from entry or had her film been banned from screening in the U.S., she would have never had the platform to influence and inspire people like me.

After returning home from watching M.I.A that night, one thing pulsated in my mind: I, too, have a story to tell—for myself, for M.I.A., and for every woman, Arab and non-Arab—as a third generation refugee with no right of return and as a woman restrained by societal and cultural norms. I remind myself that so many of the artists Sundance has supported and will continue to support are affected by Trump’s policy. Many are not free to tell their stories in their home countries because of government censorship and persecution, and now that we cannot bring these artists to the United States, the important work we do is in jeopardy.

If we close the borders for artists like these, then what else awaits us?

Closing borders shuts down the peaceful, exquisite, and vital exchange of ideas and innovation, and impedes the way for healing and bridging divides. A former Republican president proudly participated in the tearing down of a giant wall, freeing human beings from decades of isolation – and now we are erecting our own.

As Dave Eggers wrote in his recent and powerful New York Times op-ed,“…with art comes empathy. It allows us to look through someone else’s eyes and know their strivings and struggles. It expands the moral imagination and makes it impossible to accept the dehumanization of others.”