Ice-T Premieres His Debut Feature, ‘Something From Nothing,’ at the Sundance Film Festival 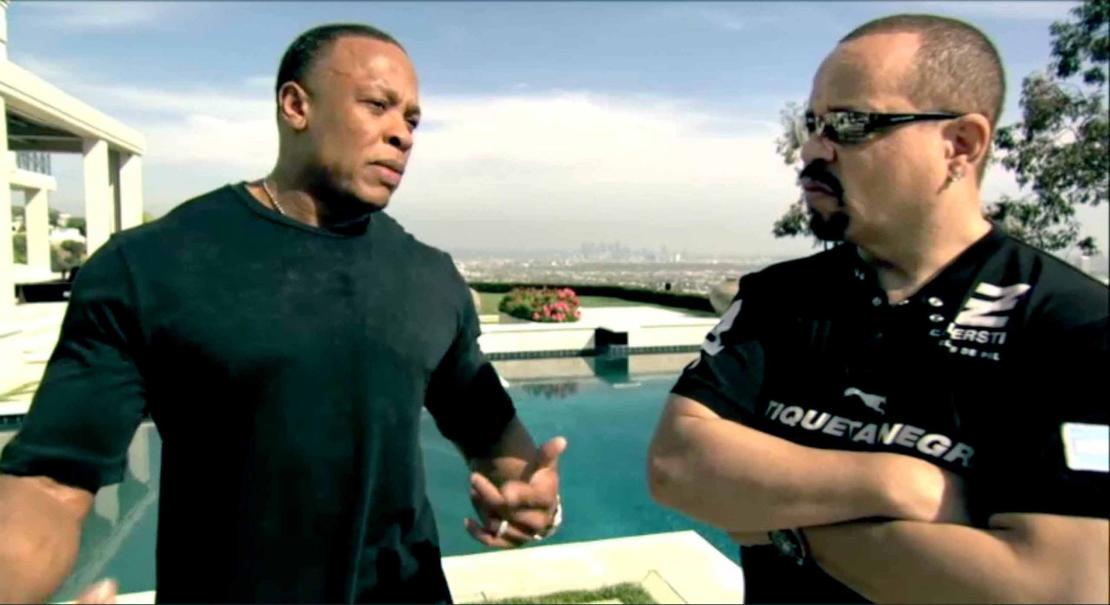 A still from Ice-T’s debut documentary, ‘Something from Nothing: The Art of Rap.’

Yesterday afternoon, Ice-T, a pop-cultural jack-of-all trades, added one more notch to his creative tool belt: director. He premiered his film, Something From Nothing: The Art of Rap, in the Festival’s Documentary Premieres program. Co-directed by Andy Baybutt, the doc follows Ice-T as he literally takes to the streets to interview the pantheon of rap and hip-hop masters from over the last 30 years about the craft and skill of rapping; and how this art form redefined a generation.

The Q&A was not a typical post-film discourse. Yes, many audience members had serious questions for the director. But some of Ice-T’s responses came in the form of impromptu rap. The audience often broke out in a collective bob, unintentionally foreshadowing the evening festivities to come.

Later that night, Ice-T, along with two of his fellow doc subjects Chuck D (of Public Enemy) and Grandmaster Caz, took the stage again for “A Celebration of Music in Film” at the Sundance Music Café. Peter Golub, the director of Sundance Institute’s Film Music Program, has produced this event for several years to showcase the crucial role that music plays in the composition of a film. And what better way to celebrate the livelihood of film music than with a live concert?

Before the trio performed, they took part in a brief Q&A moderated by Tracy McKnight, co-programmer of the event and head of film music at Lions Gate, during which they, quite fittingly for Sundance, spoke about the spirit of making independent art.

Ice-T also described his frustration with the current music scene: “New artists are caught in a paradigm,” he explained. “There is no underground because of the Internet… the Internet now means free,” which has created an economic pressure on music production. He added, “The new artist is now forced to produce stuff for the radio. You’re limited with content.”

Ice-T connected today’s disillusioned youth, the mass consumers of radio fluff, with his own son and how by providing his son with a life of privilege, he has disconnected his son from reality. “How can he rap about what I rapped about when he hasn’t lived it?” He pleaded with today’s rappers to “look at the conditions around you. You’ve got a black president, you’ve got sub-prime situations, you’ve got unemployment, you’ve got a fucking war.”

The actor-director-musician then pushed the context beyond rap. “Music as a whole is delusional,” Ice-T said. “If you listen to pop music right now you’ll think life is perfect. Life is fucked up right now.” However, Ice-T sees a light at the end of the tunnel, “We’re in the Ice Age, but I think this shit is going to open up. I’m looking for a 19-year-old Rage Against the Machine, a 19-year-old Public Enemy, a 19-year-old Ice-T, 19-year-old NWA.”

Heeding his own advice to keep music real, Ice-T, Chuck D, and Grandmaster Caz shared the mic, tag-teaming a show that included segments from their old school rap as well as some spontaneous freestyling. Highly poetic by nature, the intimacy of their lyrics was not lost in performance.

Never detaching from the moment at hand, they were in constant interaction with the audience—from Grandmaster Caz asking if anyone had ever been caught having sex (he went on to rap his personal saga), to Ice-T pulling on stage his “biggest fan,” a seemingly straight-laced, spectacled, middle-aged white guy who eagerly took the mic and stepped up to the challenge of backing-up Ice-T in rhyme.

The sense of spontaneity sustained the energy of the packed house. Everyone continued to bounce even if they had no idea what was going to come out of the trio’s mouth next.