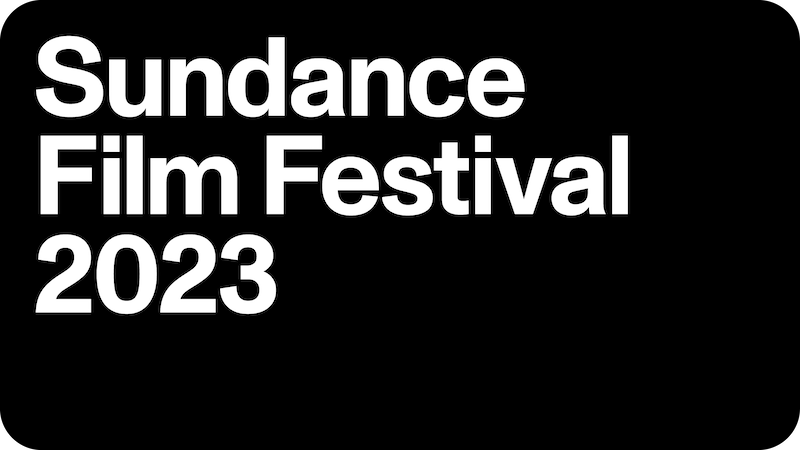 Passes and packages will go on sale to the public starting on October 17. Online ticketing packages will be on sale starting December 13. Individual tickets for the public go on sale beginning January 12, 2023. Special pre-sale access for passes and packages is available on October 13 to Sundance Institute members at the Storyteller and Supporter levels, as well as the Utah Locals Ticket Package. For even earlier access, Sundance Circle donors will be able to purchase Festival passes and packages beginning October 4. All members can purchase individual tickets early beginning on January 11, 2023. As a member, your support will champion the Sundance Institute’s mission of supporting independent storytelling. For more information on benefits for members, please visit sundance.org/membership.

Brand new for the upcoming Festival is the World Cinema Package, available both in-person and online. These ticket packages provide fans 10 tickets to international documentary and fiction feature films in the program. Sundance is also introducing the SLC Youth Pass, which will provide attendees ages 18 to 25 a discounted rate of $200 to experience the Festival around Salt Lake City. Back by popular demand is the Locals Package – a special offer to all Utah residents, this package includes 10 tickets to in-person screenings for the entire Festival with early access to ticket selection before single-film ticket sales go public.

“We are bringing the upcoming Festival to passionate audiences in attendance in Utah and across the country online, reaffirming our emphasis on discovering new talent, empowering independent artists and projects, and ensuring communities have access to impactful storytelling,” said Joana Vicente, CEO of the Sundance Institute. “With new offerings and comprehensive options for engagement, we welcome you to join us in celebrating the Festival experience and the programming that drives timely conversations influencing change.”

The 2023 Sundance Film Festival experience is yours to create. See films in scenic Utah and/or watch from home with on-demand online viewing — the choice is yours. The full slate kicks off in person in Utah beginning on January 19 through January 29. On January 24, the Festival expands to online audiences, who will have access to an on-demand, curated selection of all competition titles (U.S. Dramatic, U.S. Documentary, World Cinema Dramatic, World Cinema Documentary, and NEXT), as well as exciting work across other sections of the feature film program, alongside episodic work and short films.

Secure a seat at your must-see film. This offer includes one ticket to the feature film screening, Award-Winner screening, Short Film or Indie Episodic program of your choice through the duration of the Festival.

A special offer to all Utah residents — this package includes 10 tickets to in-person screenings for the entire Festival with early access to ticket selection before single-film ticket sales go public. Explorer Pass benefits are included. Proof of residency will be required with a Utah identification at time of purchase.

By far one of the most popular ways to enjoy the full Festival — get 10 tickets to in-person screenings and grab a seat at your favorite film with early access to ticket selections before single-film ticket sales go public. Explorer pass benefits included.

Secure an online ticket for your must-see film. This offer includes one ticket to the online feature film screening, Award-Winner screening, Short Film program, or Indie Episodic screening of your choice from January 24–29.

Celebrate international storytelling with this specially priced package and watch at your convenience. Enjoy 10 online tickets over six days of on-demand access to World Cinema films, including World Cinema award-winners, from January 24–29.

The Festival will increase its in-person footprint from last year’s plans, with additional screens in both Park City and Salt Lake City. Festivalgoers can experience premieres, second screenings, talks, and events to celebrate independent storytelling at the below locations:

The Festival online platform is now live! This is your go-to destination to discover, plan, and enjoy your Festival experience. Included on the platform are a preview of all of this year’s ticket offerings and a comprehensive how-to guide for the in-person and online experiences, with more information to be added leading up to and throughout the Festival.

Upon entering the platform, you will get a first glimpse of the new Sundance Film Festival logo, as well as the 2023 Festival brand identity. Visit festival.sundance.org for additional details and to begin your journey to the Festival!

The health and safety of the Sundance Institute staff, artists, volunteers, and audiences remains of the utmost importance to the Institute. We are continuing to work with our COVID-19 safety team and are following all CDC guidelines. All staff and volunteers working the Festival will be required to mask and test weekly. We request that attendees wear masks in all Sundance Film Festival spaces to keep themselves and other Festival community members safe. We encourage all attendees to test before attending and during the Festival and to be up to date on all COVID-19 vaccinations.

The Sundance Film Festival, a program of the non-profit, Sundance Institute, is the preeminent gathering of original storytellers and audiences seeking new voices and fresh perspectives. Since 1985, hundreds of films launched at the Festival have gone on to gain critical acclaim and reach new audiences worldwide. The Festival has introduced some of the most groundbreaking films and episodic works of the past three decades, including Fire of Love, Cha Cha Real Smooth, Flee, CODA, Passing, Summer Of Soul (…or, When the Revolution Could Not Be Televised), Clemency, Never Rarely Sometimes Always, Zola, O.J.: Made in America, On The Record, Boys State, The Farewell, Honeyland, One Child Nation, The Souvenir, The Infiltrators, Sorry to Bother You, Top of the Lake, Won’t You Be My Neighbor?, Hereditary, Call Me By Your Name, Get Out, The Big Sick, Mudbound, Fruitvale Station, Whiplash, Brooklyn, Precious, The Cove, Little Miss Sunshine, An Inconvenient Truth, Napoleon Dynamite, Hedwig and the Angry Inch, Reservoir Dogs and sex, lies, and videotape. Its vibrant program platforms fiction and non-fiction features and short films; series and episodic content; emerging media, and performances, as well as conversations, and other events. The Festival takes place both in person in the state of Utah and online, connecting audiences across the U.S. to bold new artists and films. The 2023 Festival takes place January 19 – 29. Be a part of the Festival at Sundance Film Festival and follow the Festival at Facebook, Instagram, Twitter and YouTube.

As a champion and curator of independent stories, the nonprofit Sundance Institute provides and preserves the space for artists across storytelling media to create and thrive. Founded in 1981 by Robert Redford, the Institute’s signature Labs, granting, and mentorship programs, dedicated to developing new work, take place throughout the year in the U.S. and internationally. Sundance Collab, a digital community platform, brings a global cohort of working artists together to learn from each other and Sundance Advisors and connect in a creative space, developing and sharing works in progress. The Sundance Film Festival and other public programs connect audiences and artists to ignite new ideas, discover original voices, and build a community dedicated to independent storytelling. Sundance Institute has supported and showcased such projects as Summer of Soul (…or, When the Revolution Could Not Be Televised), CODA, Flee, Passing, Clemency, Never Rarely Sometimes Always, Zola, On the Record, Boys State, The Farewell, Honeyland, One Child Nation, The Souvenir, The Infiltrators, Sorry to Bother You, Won’t You Be My Neighbor?, Hereditary, Call Me By Your Name, Get Out, The Big Sick, Mudbound, Fruitvale Station, City So Real, Top of the Lake, Between the World & Me, Wild Goose Dreams and Fun Home. Join Sundance Institute on Facebook, Instagram, Twitter and YouTube.