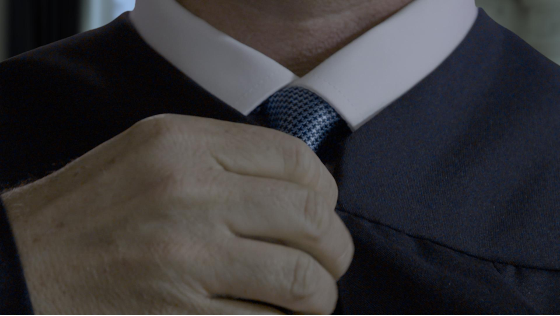 PARK CITY, UTAH, January 19, 2023 — Today the nonprofit Sundance Institute announced Justice will have its world premiere at the 2023 Sundance Film Festival in the Special Screenings section. The film is directed by Doug Liman and produced by Amy Herdy, with Story Syndicate’s Liz Garbus and Dan Cogan executive producing. The news of the project and its addition to the lineup is being revealed for the first time ahead of its premiere screening on January 20 at 8:30 p.m. MT. In director Doug Liman’s first documentary feature, Justice presents never-before-seen evidence and key interviews with those closely involved in the allegations against Brett Kavanaugh. Tickets for the in-person only premiere of Justice are on sale now.

The 2023 Festival kicked off today and continues through January 29 in person in Park City, Salt Lake City, and the Sundance Resort, along with a selection of films available online across the country January 24–29, 2023. Tickets for the Festival are on sale now at festival.sundance.org/tickets.

“We were fortunate to see Justice later in the programming process and were moved by its resolve to raise questions and provoke dialogue,” said Kim Yutani, Sundance Film Festival Director of Programming. “Documentaries have always been a crucial aspect of the essence of Sundance and reflect the influential power of storytelling. We are honored to amplify this impactful work that dares to challenge through the addition of Doug Liman’s film.”

“It shouldn’t be this hard to have an open and honest conversation about whether or not a Justice on the Supreme Court assaulted numerous women as a young man,” adds Director Doug Liman. “Thanks to this fantastic investigative team and the brave souls who trusted us with their stories, Justice picks up where the FBI investigation into Brett Kavanaugh fell woefully short. The film examines our judicial process and the institutions behind it, highlighting bureaucratic missteps and political powergrabs that continue to have an outsized impact on our nation today. Sundance gave me and countless other independent filmmakers our big breaks, so it’s especially meaningful for me to return with my first documentary.”

The Sundance Film Festival, a program of the nonprofit, Sundance Institute, is the pre-eminent gathering of original storytellers and audiences seeking new voices and fresh perspectives. Since 1985, hundreds of films launched at the Festival have gone on to gain critical acclaim and reach new audiences worldwide. The Festival has introduced some of the most groundbreaking films and episodic works of the past three decades, including Fire of Love, Cha Cha Real Smooth, Flee, CODA, Passing, Summer Of Soul (…or, When the Revolution Could Not Be Televised), Clemency, Never Rarely Sometimes Always, Zola, O.J.: Made in America, On The Record, Boys State, The Farewell, Honeyland, One Child Nation, The Souvenir, The Infiltrators, Sorry to Bother You, Top of the Lake, Won’t You Be My Neighbor?, Hereditary, Call Me By Your Name, Get Out, The Big Sick, Mudbound, Fruitvale Station, Whiplash, Brooklyn, Precious, The Cove, Little Miss Sunshine, An Inconvenient Truth, Napoleon Dynamite, Hedwig and the Angry Inch, Reservoir Dogs and sex, lies, and videotape. The program consists of fiction and nonfiction features and short films, series and episodic content, emerging media, and performances, as well as conversations, and other events. The Festival takes place both in person in the state of Utah and online, connecting audiences across the U.S. to bold new artists and films. The 2023 Festival takes place January 19–29. Be a part of the Festival at Sundance Film Festival and follow the Festival at Facebook, Instagram, Twitter, and YouTube.

As a champion and curator of independent stories, the nonprofit Sundance Institute provides and preserves the space for artists across storytelling media to create and thrive. Founded in 1981 by Robert Redford, the Institute’s signature Labs, granting, and mentorship programs, dedicated to developing new work, take place throughout the year in the U.S. and internationally. Sundance Collab, a digital community platform, brings a global cohort of working artists together to learn from each other and Sundance Advisors and connect in a creative space, developing and sharing works in progress. The Sundance Film Festival and other public programs connect audiences and artists to ignite new ideas, discover original voices, and build a community dedicated to independent storytelling. Sundance Institute has supported and showcased such projects as Summer of Soul (…or, When the Revolution Could Not Be Televised), CODA, Flee, Passing, Clemency, Never Rarely Sometimes Always, Zola, On The Record, Boys State, The Farewell, Honeyland, One Child Nation, The Souvenir, The Infiltrators, Sorry to Bother You, Won’t You Be My Neighbor?, Hereditary, Call Me By Your Name, Get Out, The Big Sick, Mudbound, Fruitvale Station, City So Real, Top of the Lake, Between the World & Me, Wild Goose Dreams and Fun Home. Join Sundance Institute on Facebook, Instagram, Twitter, and YouTube.