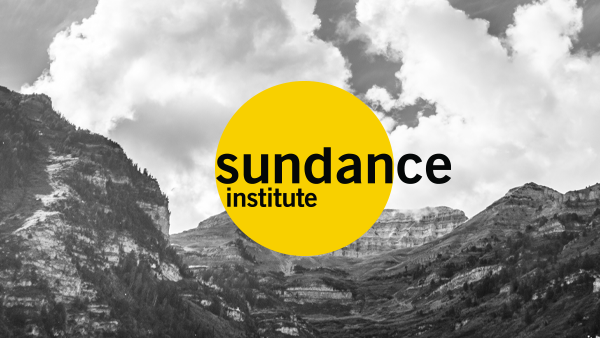 Sundance Institute today named the global cohort of 22 independent nonfiction filmmakers and their
projects that comprise the latest Grantees of the Institute’s Documentary Fund.

Grant support, unrestricted and totaling $520,000, will be extended to projects in all stages of development, production, post-production and audience engagement; grants are made possible by Open
Society Foundations and MacArthur Foundation, along with a custom grant provided by A&E IndieFilms: the
Sundance Institute | A&E Brave Storytellers Award
, for projects which capture an ethos of
courageous nonfiction filmmaking. This granting cycle’s supported projects come from nineteen countries
across five continents, with just over 50% originating from outside the U.S. Grant funds are in addition to
the Institute’s
Respond & Reimagine Fund, announced earlier this year.

“At Sundance Institute, we know that these unprecedented times demand creative and nimble support,” said Documentary Film Program interim Director, Kristin Feeley
, and Documentary Film Fund Director, Hajnal Molnar-Szakacs. “We’re fortunate to have a collaborative and strong network of partners that
allow us to ensure material support for these filmmakers as they develop bold new work, we can ensure that the field of nonfiction storytelling continues to evolve even against larger headwinds.”

Through a creative act, eight teenage girls who lived on the streets of Bogota give life to a fictional
classmate. As reality prevails and fiction fades, the innocent game becomes a descent into hell where
their luminous faces guide us to the depths of the dark world they once inhabited. Is it possible to imagine
a different life, break the cycle of abandonment and embrace the future?

A Hawk as Big as a Horse
(Russia, France)

Lydia is a Russian transgender ornithologist who lives in a small town near Moscow. In order to escape
from the harsh Russian reality, she decided to create a world of fantasies around the
Twin Peaks
mythology.

How to Build a Library (Kenya)

Two ambitious Kenyan women are on a mission to revitalize Nairobi’s libraries.But before realizing their
dream, they must navigate the precarious halls of Nairobi’s politics and the problematic colonial history
from which these libraries were built.

For over fifty years a Syrian movement has been secretly growing into the largest Muslim women’s
organization in the world. Through a generational lens, Q
takes us deep into the mysterious, unspoken of
world of the Qubaysiat, the regime-loving Sufis turned cult through the filmmaker, her mother and her
grandmother’s relationship to the group.

Reas will be shot at Ezeiza Prison in Buenos Aires. A group of women and trans people wait out their
sentences, reconstructing scenes from their past lives and imagining their future lives in the form of a
musical in which they sing, dance and perform.

Regarding Memory and Neglect (Brazil)

What’s left of us after we die? Our bones? Our belongings? Memories? How long do these traces of
existence remain on Earth? By presenting three different stories in the city of São Paulo, this film
questions our memories. The narratives and characters force us to face issues that the country of Brazil,
in 2020, insists on forgetting.

Structured as an epic poem, Todo Lo Sólido
tells the story of an island sinking into the Caribbean Sea.
Encountering people and forces that have shaped its present reality, a nameless drifter searches for
explanations about the island’s destiny.

In the hectic days after the 1979 Iranian Revolution, Tehran’s Museum of Contemporary Art exhibited a
series of paintings entitled “Report on the Revolution” by the emerging artist Nickzad “Nicky” Nodjoumi.
Expecting it to be a warm embrace of Islamist ideology, religious hardliners who reviewed the show
instead felt so enraged by the work that they tore it down, ripped it apart, and burned it. Nicky fled the
next day in fear of execution. 40 years later, his daughter Sara Nodjoumi and fellow filmmaker Till
Schauder investigates what happened to the surviving paintings, how this fateful exhibition shaped Nicky’s
political activism for the rest of his life, and how its dangerous repercussions persist.

Ecuadorian composer Guerardo Guevara composes his final requiem as he reaches 90 years.
Meanwhile, his deceased niece, Elena, is brought to life through fragments of home movies and the
podcasts she recorded. Filmmaker Antonio Romero Zurita is in the middle, drawing the musical map
between the two of them, his uncle and sister.

Children of the Mist (Vietnam)

In the misty mountains of North Vietnam, a teenage Hmong girl walks the thin line between childhood and
adulthood. Over a period of two years, girls in this minority group are forced to lose their innocence,
discover the traps of seduction, and fight for their independence.

Filmed over four years, Girl Talk
follows five teenage girls on a top ranked debate team on their quest to
be the best in the United States. In the cutthroat world of high school debate, these young women
navigate the everyday challenges of teenage life while fighting against sexist double standards. As the
debaters gain confidence and find their own voices, their struggles mirror the national fight for equality in
our nation’s political corridors.

In an Arab village situated in the south of Turkey, filmmaker Ahmet Necdet Cupur’s brother Mahmut
wants to divorce his newly wed wife Nezahat. At the same time, Zenep, Ahmet’s sister who is engaged to
their cousin, manages to break free and gets a factory job. As Ahmet delves into their lives, an image of
early weddings appears in Turkey.

City government touches almost every aspect of our lives. Most of us are unaware of or take for granted
these necessary services such as police, fire, sanitation, veterans affairs, elder support, parks, licensing
of various professional activities, record keeping of birth, marriage and death as well as hundreds of other
activities that support Boston residents and visitors.
City Hall, by Frederick Wiseman, shows the efforts by
the Boston city government to provide these services to a diverse population.

At the age of 23, after losing all of her hearing as a result of a hereditary, progressive and severe auditory
condition, Charo decides to unlock and overcome the doubts and fears of her family by having an
operation in order to recover her hearing. At this point, she realizes all the things that she had lost along
with sounds, and begins questioning herself: how do we hear those who cannot hear?

The Monster and the Storm(U.S.A.)

A Puerto Rican cosplayer embarks on a quest to heal the loss of his father by creating and eventually
becoming his life-long hero, Godzilla.

Murders that Matter documents Movita Johnson-Harrell, an African American Muslim mother who, in the
aftermath of her youngest son’s murder, vows to save all the other sons, on both sides of the gun.

The film tells the story of a group of Palestinian civilian activists from the Yarmouk refugee camp near
Damascus, who decided to face bombing, displacement and hunger that hit their small community and
turn it into a small-besieged ghetto through civil work, agriculture, study, music, theater, love and joy.

Through the eyes of Sierra Leonean filmmakers, Survivors
presents a heart-connected portrait of their country during the Ebola outbreak, exposing the complexity of the epidemic and the socio-political turmoil that lies in its wake.

Javier Chocobar was shot fighting the removal of his indigenous community from their ancestral land in
Argentina. His death was recorded by his killers and posted as a video on YouTube. This film unravels
both the story and the history that led to this shooting, both with a gun and a camera.

After a nun is sexually abused by a bishop in India, an impromptu #NunsToo movement led by fearless
Sister Lucy exposes the Catholic Church systemic cover-up. As many take to the streets in support of the nuns,
two women in Vatican land, a journalist and a lawyer, put their careers at risk to hold the Church
accountable.

When a news publisher in Arkansas, an attorney in Arizona and a speech pathologist in Texas are told
they must choose between their jobs and their political beliefs, they launch legal battles that expose an
attack on freedom of speech across 28 states in America.