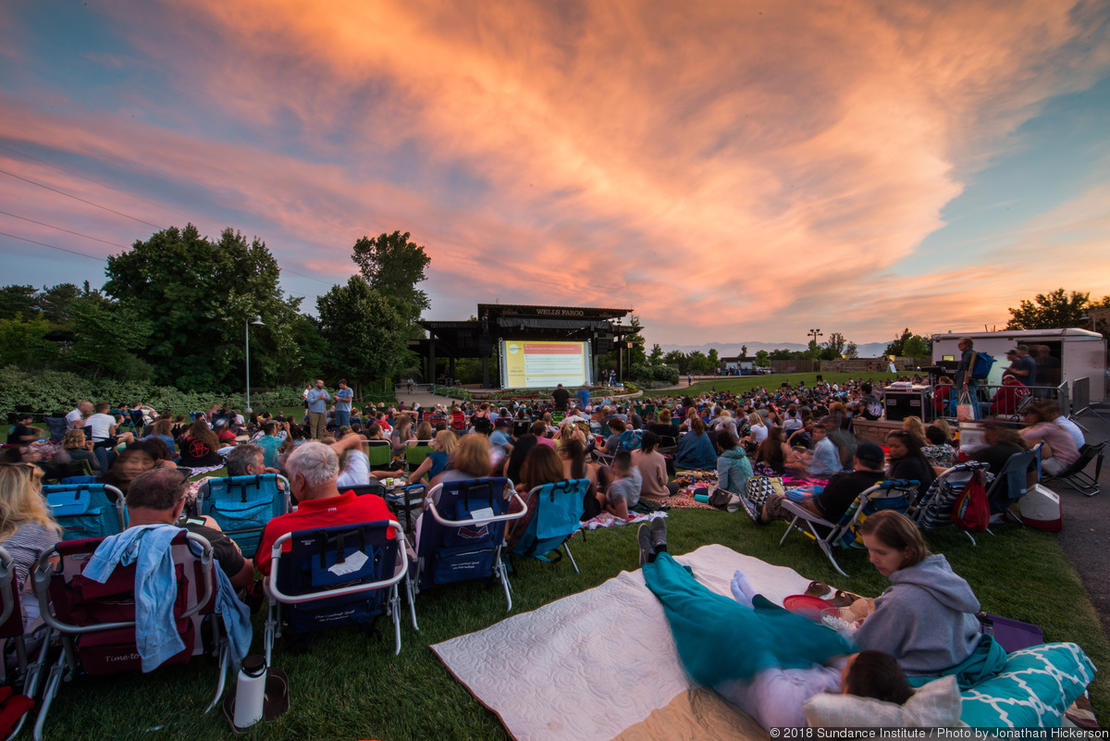 “I can’t think of a better way to spend the summer than sharing these great films made by talented artists with our friends and neighbors, all while surrounded by our state’s natural beauty,” said Betsy Wallace, Managing Director and CFO of Sundance Institute. “We’re proud of our year-round partnership with the state of Utah and always look forward to this opportunity to express our appreciation for our home state and the people we share it with.”

The series starts on July 3, with a special showing of Get Out at Salt Lake City’s Red Butte Garden Amphitheatre. The Academy Award-winning film made its world premiere as a surprise screening at the 2017 Sundance Film Festival before going on to become a worldwide phenomenon. The series continues in Salt Lake with an advance screening of the 2019 Festival’s family-friendly film Abe prior to its theatrical release, before moving to Park City on July 12 with another standout from this year’s Festival, Top End Wedding. Other highlights of the series include 2018’s critically acclaimed Eighth Grade; the classic Festival favorite The Cockettes, featuring an in-person Q&A with co-directors Bill Weber and David Weissman; and the Summer Series’ first-ever screening in Coalville, with 2019’s Alfred P. Sloan Prize-winning The Boy Who Harnessed the Wind. Of the ten selected films, three made their world premieres at this year’s Sundance Film Festival; eight of the ten films played in the last three Festivals. A full lineup appears below.

Back once again, by popular demand, the Utah community will be able to vote to select the final film of the series, either online at sundance.org/utah or via onsite balloting at screenings through mid-August. The nominees will be chosen from a selection of classic Festival films from women filmmakers, including Leave No Trace, The Miseducation of Cameron Post and Little Miss Sunshine.

Films start at dusk (approximately 9:00 p.m.), with gates opening and activities beginning at 7:30 p.m. unless otherwise noted. All screenings are free and open to the public (no tickets needed) with seating on a first-come, first-served basis. Attendees are encouraged to bring picnic baskets and blankets or low-back lawn chairs to outdoor screenings.

“Each year, we look for more ways to connect people all over Utah with our work,” said LaraLee Ownby, Assistant Director of Utah Community Programs for Sundance Institute. “We’re thrilled to continue the Summer Series’ expansion this year and bring these recent Festival favorites, many directed by filmmakers from underrepresented groups, to entertain and hopefully inspire a new generation of art-lovers throughout the state.”

The Institute will again collaborate with other Utah-based organizations for the Summer Film Series, including DOCUTAH International Documentary Film Festival, the Kimball Arts Festival and Ogden Amphitheater.

For more information about Sundance Institute programming for Utah residents and to vote for the Utah Community Choice Film visit sundance.org/utah.

Editor’s Note: Photos and credit information for all films screening in the Summer Film Series can be found at sundance.org/photos. All photos are copyrighted and may be used by press only for the purpose of one-time reproduction and only when including proper image credits and/or ‘Courtesy of Sundance Institute.’ Unauthorized use, alteration or reproduction of logos and photos is strictly prohibited.