20 Films That Remind Us to Protect Our Home 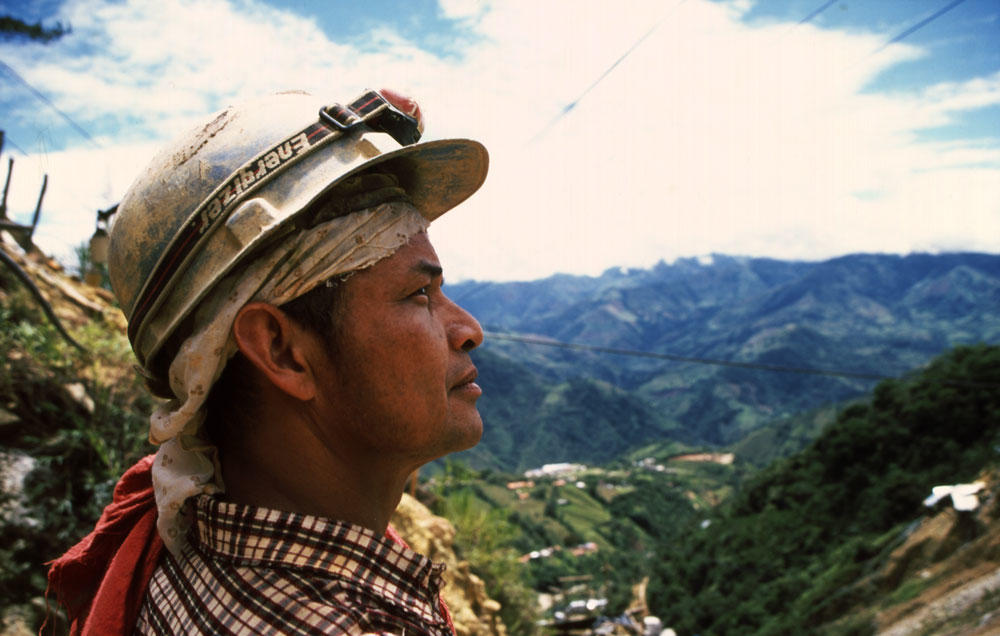 There is a quote that routinely makes the rounds online through inspo posts and Instagrams. It’s attributed to Lily Tomlin on any number of quote-aggregator sites, meaning it almost definitely was never uttered by Lily Tomlin. Reflecting on some unknown injustice, the pithy little line says, “Somebody should definitely do something about that. Then I realized I am somebody.”

Empowering, right? It also would function adequately as the rallying cry for environmental protection and awareness, which is the chief tenet of Earth Day, which happens to be today. At Sundance Institute, our line of work naturally interweaves with supporting stories of change. Over the years, and particularly in light of the ever-growing peril we inflict on our environment, many of those stories revolve around how we treat our collective home.

Ranging from challenges surrounding pollution to climate change to depleted resources (or a litany of other matters), film has a way of catalyzing change. Whether it moves a viewer from apathy to activism or merely imbues a sense of responsibility to recycle, the effect is unavoidable. Below we take a look at a number of films available on digital platforms that broach the myriad tough topics facing our world.

“The gripping story of former Vice President Al Gore, who became interested in climate change while at college 30 years ago, and now devotes his life to reversing global warming.” GoWatchIt

“Blackfish, an official selection of the 2013 Sundance Film Festival, depicts the sobering reality that exists for killer whales held in captivity and exposes the well-concealed truth about the dangers that their trainers face.” GoWatchIt

“If global warming is our planet’s most pressing issue, large-scale population displacement is the human consequence. Massive continental migration is already under way, and diminished natural resources continue to threaten the lives of millions.” GoWatchIt

“The largest supplier of dolphins in the world is located in the picturesque town of Taiji, Japan. But the town has a dark, horrifying secret that it doesn’t want the rest of the world to know.” GoWatchIt

“Filmmaker Joe Berlinger’s picks up the thread of the infamous “Amazon Chernobyl” case, a 13-year-old battle between communities nearly destroyed by oil drilling and development and one of the biggest companies on earth.” GoWatchIt

“Possessing both a cosmic perspective that reaches into the vastness of time and space, and the kind of warm, earnest energy that inspires small revolutions inside human hearts, Dirt! The Movie offers an important and timely look at the vital relationship between those of us on Earth and something that is easy to take for granted—the soil upon which we tread.” GoWatchIt

The End of the Line

“Scientists predict that if we continue fishing at the current rate, the planet will run out of seafood by 2048 with catastrophic consequences. Based on the book by Charles Clover, The End of the Line explores the devastating effect that overfishing is having on fish stocks and the health of our oceans.” GoWatchIt

“Against a distinctly American backdrop of denial, deception, and delay, a group of global-warming messengers/prophets fervently searches for the right language and strategy to propel a reluctant, disaster-fatigued citizenry and its elected officials into action.” GoWatchIt

Flow: For the Love of Water

“Flow: For Love of Water is an inspired, yet disturbingly provocative, wake-up call. The future of our planet is drying up rapidly. Focusing on pollution, human rights, politics, and corruption, filmmaker Salina constructs an exceptionally articulate profile of the precarious relationship uniting human beings and water.” GoWatchIt

“It is happening all across America—rural landowners wake up one day to find a lucrative offer from an energy company wanting to lease their property. Reason? The company hopes to tap into a reservoir dubbed the “Saudi Arabia of natural gas.” GoWatchIt

How to Change the World

“How To Change The World unfolds as a hippie heist movie-turned-high sea adventure but remains an intimate portrait of Greenpeace’s original members and of activism itself – idealism vs. pragmatism, principle vs. compromise.” GoWatchIt

“It’s easy to forget that each time we turn on a light, we are contributing to the ecological damage caused by the coal that generates electricity in this country. The Last Mountain gives us plenty of reasons to remember.” GoWatchIt

“Prolific documentarian Robert Stone and environmentalists, scientists, and energy experts share the reasons why they have changed their minds from being fiercely anti– to strongly pro–nuclear energy.” GoWatchIt

“In Up the Yangtze, filmmaker Yung Chang sensitively examines the effects of the development of the largest hydroelectric power station in the world on personal lives as he follows two young people, each one transformed by the construction.” GoWatchIt

Who Killed the Electric Car?

“Fashioned like a tongue-in-cheek murder mystery, Who Killed the Electric Car? sets out to uncover just who is responsible for the demise of this ill-fated vehicle. The spirited film runs through the prime suspects, including car companies, oil companies, the government, and consumers.” GoWatchIt

“Brazilian artist Vik Muniz creates photographic images of people using found materials from the places where they live and work. When acclaimed filmmaker Lucy Walker trains her camera on Muniz, he is cultivating a new idea for a project. He knows the material he wants to use—garbage—but who will be the subject of the new series of works?” GoWatchIt