To the Sundance community —

In the summer of 1981, Robert Redford founded Sundance Institute to foster independence, creativity, and emerging talent. As he later reflected: “For me, Sundance Institute is an extension of something I believed in, which is creating a mechanism for new voices to have a place to develop and be heard.”

This summer marks the 40th anniversary since our very first summer lab, where a cohort of 16 filmmakers came together in Utah to develop their singular, personal stories. For four weeks, the filmmakers, creative advisors, and staff took over the Sundance Resort, making use of every possible space — screening films on 16mm in the area normally used to buy ski passes, turning the ski school room into a makeshift office, shooting in privately owned homes in the canyon, and keeping drinks cold in the river. They figured it out as they went along, full of the inspiration and joy that came with launching something so new, so creative, and so alive with a renegade spirit.

That first lab laid the foundation for everything to come, with Robert Redford guiding our vision and spending decades in the trenches alongside generous advisors and exciting new filmmakers, driven by a sense of discovery and the impact of independent storytelling. Out of that lab and each that followed came films by women, members of the LGBTQ+ community, Native and Indigenous artists, artists of color, and artists with disabilities. These were fresh, dynamic stories that weren’t being told in mainstream Hollywood films — stories that found a home at Sundance.

As we conclude the final summer lab of the 2021 season, there is no better moment to celebrate the vibrant, global community of culture-changing artists the Sundance Institute has had the privilege of supporting in our first 40 years — and to look ahead to the next 40.

Over the last four decades, the Sundance Institute’s creative disciplines have grown to encompass documentary, short film, theater, emerging media, episodic series, and film music. Today we meaningfully support artists at every step of their journeys, from the earliest emerging voices of our Ignite and Full Circle Fellows to our Screenwriting, Directing, Editing, Producing, and Interdisciplinary programs. We’re proud to provide over $3 million in direct grants each year through our artist programs and more than $2 million in funding for films through our independent financing program, Catalyst.

We’ve built on the lab concept to create Sundance Collab, a digital community where creative artists come together from all around the world. And just last year, we created an online platform for the Festival, which allowed us to share new, independent work with our widest audience yet. Along the way, we’ve strengthened our long-held commitment to amplifying historically marginalized voices — a commitment that stretches back to Indigenous inclusion and participation at our founding and first labs, and laid the groundwork for similar efforts across communities and demographics. Today, 70% of all artists supported by our Festival and artist programs, and 85% of the artists supported by our artist programs this year identify as BIPOC, women, LGBTQ+, or people with disabilities.

Since the very beginning, Sundance has been committed to giving artists the space to create, outside the pressures of commerce and the conventional mainstream. This is even more important at a time when sources of support for independent creators continue to be threatened.

Just like the artists at the heart of everything we do, the Sundance Institute is propelled forward by a community of fiercely independent-minded people: our board, partners, funders, creative advisors, staff, and audiences. Over these last 40 years, you have grown with us and taken risks alongside us. You’ve helped make four decades of bold, exciting storytelling possible, and we could not be more grateful. And, of course, we are profoundly appreciative of and inspired by Redford’s tireless efforts over the years, his deep involvement and personal approach with the artists, and his vision in laying out values that still are the foundation for everything we do.

In this tumultuous moment for the arts — and for the world — we’re focused on ensuring a secure future for our artists and the field of independent media. And we could not be more grateful to you for being part of this community. Together, we can keep defying convention and creating new paths forward when the old mechanisms no longer work. We can lift up artists who have continued to create in the face of financial and emotional hardship, and those doing the increasingly dangerous work of speaking truth to power. We can forge new partnerships with other independent organizations and allies to withstand cataclysmic shifts in the media landscape. We can support a meaningful, lasting commitment to equity and inclusion at Sundance and beyond. And we can continue to cultivate audiences who champion independent voices.

The last year and a half has been a powerful reminder that storytelling can not only entertain — it can shine a light on the full range of human experiences, convey deeper truths, and shift our perspective. For four decades, Sundance artists have done exactly that.

As we look to the future, we believe that, in the words of Robert Redford: “There will always be new terrain to explore as long as there are artists willing to take risks, who tell their stories without compromise.” We invite you to join us in continuing to explore that new terrain, with all its exciting potential.

Here’s to the next 40 years and beyond!

It Started With a Vision

A Look Back at the Festival

SUNDANCE THROUGH THE DECADES 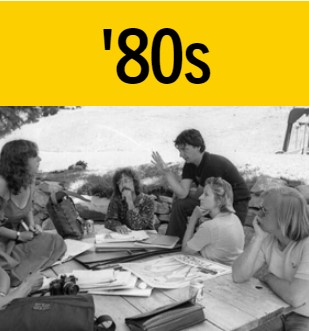 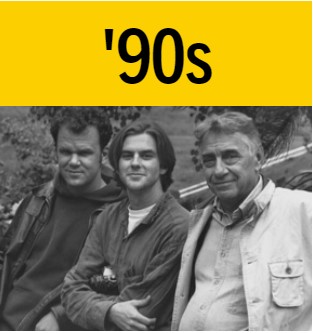 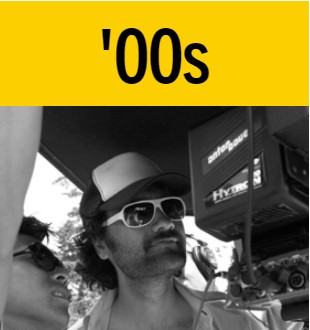 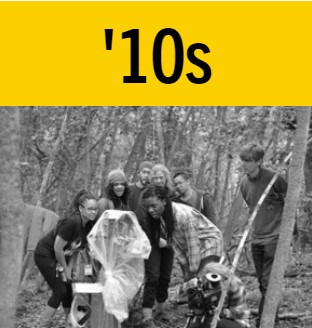 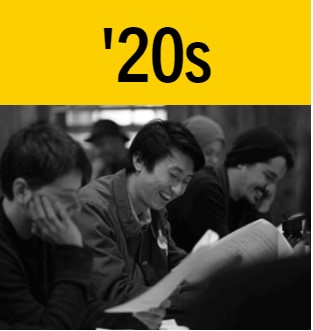